Are there no lengths Brown will not go to save Patricia Scotland?

Once again with an outstanding display of underhand dealing Gordon Brown’s Labour goverment executed one of it’s now infamous U turns to prevent the Attorney General from breaking the rules on expenses. Not only is the Attorney General above her own laws, there is now a dedicated troughers charter for her. 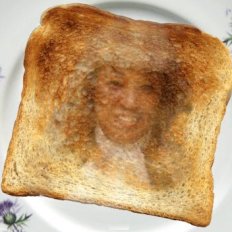 “BARONESS SCOTLAND was saved from facing questions about her expenses last week by a swift government U-turn that at a stroke changed its policy on allowances.”

“the Cabinet Office could not have been more clear that Scotland should have received the allowance only if her main home was outside the capital.”
“However, less than 24 hours after the article was published, Baroness Royall, the leader of the Lords, sanctioned a statement by the Cabinet Office which overturned all its previous advice. It said the allowance was available to all lords who serve as ministers, regardless of where they live.”

More from Jonathan Calvert and Claire Newell in the Times Online

There is more to come on the Baroness  story later on today…….