Lies and Smears are the creed of the regime run by Gordon Brown and best personified by the odious creep Damian McBride. McBride, Derek Draper (Mr Kate Garraway) and then Labour Party Secretary Ray Collins orchestrated a campaign of lies and smears against any one who dared challenge the omnipotence of Dear Leader, McBride was himself hired by Gordon Brown as his attack dog. No one was safe from these three who give pond life a bad name. 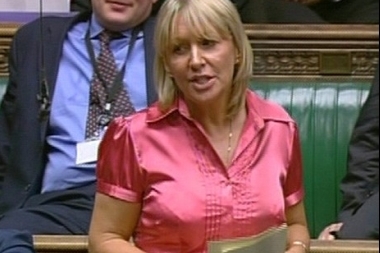 Aardvark is not going to repeat McBride’s  lies and smears except to say that Aardvark can remember boys at school saying the same things about girls that turned down their advances, that McBride said about Nadine Dorries.

Suffice to say that Nadine has received “substantial undisclosed damages” from McBride who now works as a school business manager, great role model dont you think.

Two other sets of papers were served: one set on Derek Draper, the other on 10 Downing Street.

Ms Dorries told Sky News she will pursue the other cases “vigorously”, until her name is cleared.