← Climategate – The Guardian Climate Change Denier’s Award
Climategate – How to disprove AGW for £5, Climate Data Faked In The USA And IPCC Say Sorry → 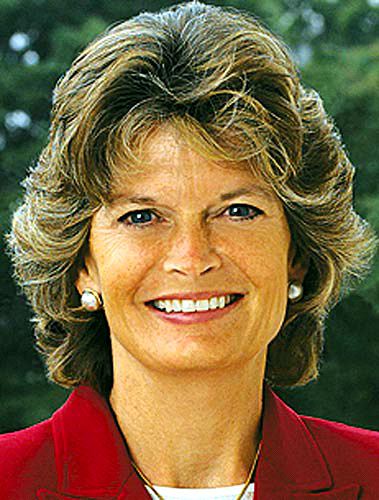 Last week when Al Gore broke his post Copenhagen silence and attempted the business as usual statement he did admit that 2010 was going to be a tough year for the Church of Climatology. Gore is particularly upset with Senator Lisa Murkowski.

On December 7th 2009 the US Environmental Protection Agency announced that Greenhouse gases in CO2 pose a threat to human health and welfare as a such the EPA would begin regulating Greenhouse gases from power stations, factories and major industrial polluters. This move was seen by many as a backdoor way for Obama to override Congress and The Senate and force through Cap n Trade and other so called Green measures, by cutting out the democratic process.

This week has been a bad week for Obama, the Democrats and the Church of Climatology. First the Democrats announced that AGW legislation was not the top priority for 2010, then Scott Brown caused a major upset in Massachusetts and destroyed Obama’s super majority in the Senate. The knock on effects of Scott Brown’s victory are only starting to be felt, but the likely casualties will be Obama care and Cap n Trade.

Just 48 hours after Massachusetts Obama received a direct challenge to his governments powers to curb “global warming pollution” from Republican Senator Lisa Murkowski, who intends to use an obscure measure to strip the EPA of its powers.

“We cannot turn a blind eye to the EPA’s efforts to impose back-door climate regulations,” Lisa Murkowski told the Senate in prepared remarks. Murkowski’s motion of disapproval, though unlikely to become law, is widely seen as a barometer for the chances of getting a climate change bill through the Senate this year.

In an ominous sign for supporters of a climate law, she had the support of three Democratic Senators, further underscoring the unease in Obama’s own party in enacting legislation to tackle global warming.

Delivering new laws to tackle global warming was not just a key pledge of Obama’s, but is being closely watched around the world as global climate change negotiations struggle to recover from the disappointment of the UN summit in Copenhagen. An environment official in the European Union said: “It’s clearly a setback.”

Even before the upset in Massachusetts, Democrats in the industrial heartland and from oil and coal states were wary – or in some cases flatly opposed – to action on climate change.

Murkowski was joined today by Mary Landrieu, a Democratic Senator from Louisiana who has repeatedly expressed concern for her state’s oil refining business; Senator Blanche Lincoln of Arkansas; and Senator Ben Nelson of Nebraska. Murkowski also claimed support from governors of her home state of Alaska, Mississippi and West Virginia as well as business organisations. Jim Webb, a Democrat from Virginia, has also expressed support for Murkowski.

Full story at the Guardian where they have come over all righteous and indignant.

← Climategate – The Guardian Climate Change Denier’s Award
Climategate – How to disprove AGW for £5, Climate Data Faked In The USA And IPCC Say Sorry →