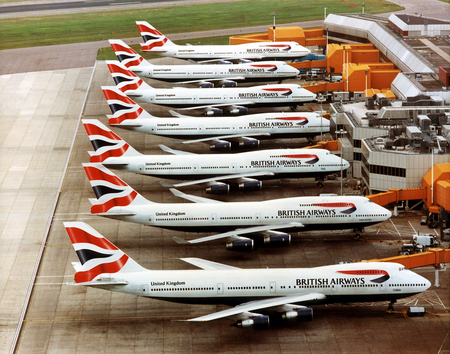 The actions of the Labour Party’s paymasters the Unite Union over the industrial action hark straight back to 1970s and Red Robbo the communist trade union organiser who did his very best to break British Leyland. Strikes were called for any reason and walkout occurred at the drop of a hat.

British Payland is no more, in addition to a workforce more interested in striking than working the majority of cars they produced were utter rubbish and all that remains of BL is Jaguar Land Rover sold off by Sir Michael Edwardes in the 1980s to try to save BL.

British Airways has been an ongoing success story since being sold back into private ownership, once billed as the worlds favourite airline, recent times have been hard for BA and indeed all airlines. Increasing fuel prices, “Green taxes” and other tax measures coming down the line mean it is a harsh financial climate that the aviation industry is facing.

Just when you think things can’t get any worse a volcano with unspellable name in Iceland grounds all UK flights for several days and the airlines lose still more money.

When all this is considered the actions of Unite calling strikes is every bit as stupid as Red Robbo at British Leyland.

When BA was privatised is carried over the staff and wage bloat that always permeates any state-run enterprise, for example BA cabin crew get paid twice the salary that cabin crew on Virgin get paid.

Just about every BA flight has a purser whose sole function is to ask passengers if everything is OK.

The travel plans of nearly 2 million British Airways passengers have been spared huge disruption after the airline won a high court battle to stop a 20-day cabin crew strike going ahead tomorrow.

In a move that will dismay trade unions, Lord Justice McCombe granted the third injunction against a major transport strike in six months, following successful legal action against a 12-day Christmas strike by cabin crew and a national rail strike over the Easter holidays.

BA said tonight: “We are delighted for our customers that Unite’s plans for extreme and unjustified strike action cannot go ahead.

There are fears that Unite could be liable for compensation of at least £250,000 and that the crew who joined the March strikes could be threatened with severe disciplinary sanctions because they took part in a strike that has been ruled illegal, albeit in retrospect.

The RMT union, which saw an Easter strike injuncted by the same legal argument, warned this morning that a verdict in favour of BA would constitute the “ripping up of a basic human right”.

Bob Crow, the RMT general secretary, said: “We warned after the [Easter] judgment that it bent the anti-trade union laws even further in favour of the employers and so it has proved. There is no doubt that this new Con-Dem government wants to effectively outlaw strikes in publicly used services before they swing the axe at our hospitals, schools and fire stations, and the courts are the battering ram to make that happen.” Full story The Guardian

The same reaction from Labour every time they lose an election throw the toys out of the pram, the big question Unite should be asking its Labour Party puppets is why after 13 years of Labour being in power did they not repeal Margaret Thatcher’s union legislation?

Posted on May 18, 2010, in Labour, Trade Untions and tagged Labours Paymaters, Unite. Bookmark the permalink. 1 Comment.