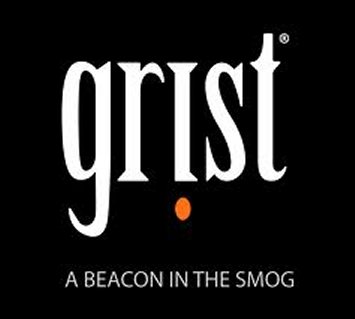 The warming alarmists and Green eco-mentalists are definitely raising the stakes, in line with Greenpeace and Earth First! efforts to incite people to violence, Grist.org have gone one better. Hat tip Steve Milloy

The leaders of Greenpeace and other warming alarmist organisations published an article on grist.org A call for direct action in the climate movement: we need your ideas and did they get some ideas.

God, what a summer. Federal scientists have concluded that we’ve just come through the warmest six months, the warmest year, and the warmest decade in human history. Nineteen nations have set new all-time temperature records; the mercury in Pakistan reached 129 degrees, the hottest temperature ever seen in Asia. And there’s nothing abstract about those numbers, not with Moscow choking on smoke from its epic heat wave and fires, not with Pakistan half washed away from its unprecedented flooding.

Nobody can predict which one event will trigger social change. Paul Revere was not the only rider to warn of the British advance, and many people refused to move to the back of the bus before Rosa Parks. But we do know two things. First, that we must act with unity, and second, many minds working together are likely to be smarter. So we’re asking for your help. As you go about your other work on behalf of the planet and its diverse communities, think about the possibilities for direct action, and write them down and send them to us. Here are a few thoughts to guide you.

* Our actions must be infused with the spirit of Gandhi, Martin Luther King Jr., and other peaceful protesters before us. No violence, no property damage.
* We need large actions, with many members of the general public. Think hundreds and thousands. So don’t concentrate on the kind of tactics that only a few hardy specialists can carry out; we’re not going to have hundreds of people rappelling or scuba diving.
* We don’t think for a minute that we can actually physically shut down the fossil-fuel economy for any meaningful period; it’s too big. We need to aim for effective symbolic targets — say, dirty, old coal-fired power plants — and use them to make clear the need and opportunity to cut carbon fast.
* Our actions must be rooted in the communities where they are held and be organized hand in hand with local groups and activists.
* Our tactics need to engage onlookers, not alienate them. We have to have effective ways of keeping provocateurs and incendiaries at a distance, and attracting the kind of people who actually influence the rest of the public. Discipline will matter.
* We need to be transparent and open in our planning, not reliant on secrecy. We’ll need to do our work certain that law enforcement is looking over our shoulders; our method can’t be surprise.
* Beauty counts. We’re fighting for the beauty in the world that’s being stolen by our adversaries, and at the same time we’re aiming for hearts and minds.
* We don’t have unlimited resources. The cost and complexity of these kinds of actions can mount quickly. As with all things environmental, frugality and simplicity are virtues.

They hoped it would get the mental midgets fired up and from the responses it did:

We declare war on CEOs and corporations that kill our brothers and sisters. Don’t need courts or judges, we got ropes. Scare the crap out of those who pollute, hang a few and our air will improve.

The whole business will get out of hand as the simpletons brain washed by Obama and Gore, the one world governmentalists, socialists with a wealth redistribution plan, those that aspire to a cause become angrier and angrier as the COP fiascos fail to deliver.

The Copenhagen farce promised so much to the eco-mentalist, their icons Obama, Brown, Chavez and host of others used a combination of smoke and mirrors, a conspiracy of junk science and scientists and just simple downright lies all in a wrapper of fear to flog the CO2 scam, and they failed.

The next attempt at the CO2 scam will be COP16 at Cancun and that will deliver precious little apart from a successor to Yvo de Boer, oh and, vast profits for the local limo companies, hookers and cocaine dealers.