← Its Holiday Time
Will The Real Nadine Dorries Please Stand Up →

Chris Huhne Has To Be Stopped 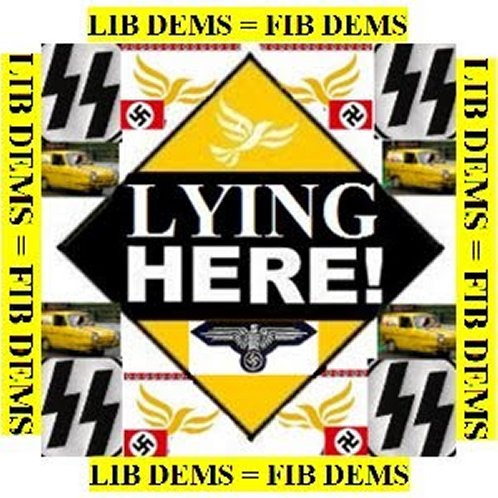 Latest news from Chicken Little and his crusade for Climate Religion, lets take a successful business in a growing world market and sell it, so we can invest in more bird choppers.

In a move which is particularly cuntish, even for a cunt of Huhne’s stature, Huhne is trying to sell the Governments share in Urenco, a company that makes enriched uranium fuel for nuclear reactors.

Urenco is one third owned by the Government, the Dutch government owns a third and the final third is owned by two German power companies RWE and E.ON.

Urenco has a quarter of the fast growing global market for enriched Uranium, and Huhne wants to sell at the wrong time so he can exchange massive profits from a long term investment to gamble the money on a Green Bank. The Green jobs lie has not worked out anywhere, countries like Spain that were dumb or gullible enough to believe in AGW and invested in Green jobs, have paid the price in unemployment. Spain is virtually on Britain’s doorstep but Huhne is still blinkered by his faith.

The Adam Smith Institute recently valued Urenco at £3 billion, which is how Huhne hopes to get the £1billion to fund the Green Bank.

There is a however a problem for Huhne trying to sell the Governments share, many green eco mentalists while hating nuclear power as it does not fit their eco chic profile, are more worried about the Government relinquishing control of such an industry.

A similar move was tried by the Labour Government in 2006, but the bid to sell was blocked by the other share holders. Yet again Huhne shows himself to be more aligned with Labour, time to do the decent thing and join with up with Forrest Gump.

Huhne is more of a danger than Gordon Brown as a Climate Change nut, and Dave just letting Huhne get on it with unsupervised leaves this country in the same state it was a year ago under a Labour Government with its desire for one world government and wealth redistribution; all nicely packaged as Man Made Climate Change.

The Labour party have quietly shelved AGW as an issue, its time that Dave did the same and fired Huhne.

Above all Dave it’s time to listen to your core Tory voters and stop taking part in the great Climate Change Scam or you will lose the support of life long Tory voters like Aardvark.

← Its Holiday Time
Will The Real Nadine Dorries Please Stand Up →