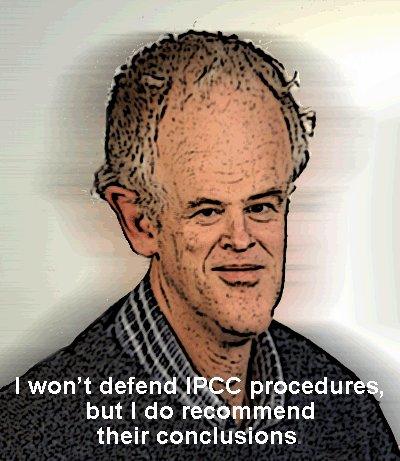 Phil Jones a year on from Climategate Is On The Offensive

Phil Jones now safely off of suicide watch has slithered out from underneath his stone, and Jones in both unrepentant and in fighting mood.

Jones probably believes he is off the hook after the white wash inquiry that deliberatly did not ask the right questions, but the inquiry did tell Phil he was a naughty boy to play mischevious japes on those nasty people submitting Freedom Of Information requests, by not answering them.

In an interview with the journal Nature to coincide with the anniversary of the emails’ release, Jones says he did nothing wrong. He said he did not illegally delete emails that had been requested under freedom of information laws. He also retracted a pledge made this year to correct one of his papers.

Every document and report produced by the IPCC, Michael Mann and Phil Jones is riddled with lies, hearsay and fabrications so Jones could be correct, it’s not one worth correcting one document when all the rest are just fantasy.

Jones now says that is unnecesary. He said that he had been under pressure to concede errors earlier this year and had been on medication when he had given the interview to Nature in February. The idea that measuring stations had moved in China had been misinterpreted, he said, because his paper had talked of 84 stations from a larger group of 265. For his paper, Jones said he had chosen those measuring stations that had moved the least.

Most damagingly, in one email Jones urged colleagues to delete messages in which they discussed the preparation of a report for the Intergovernmental Panel on Climate Change.

When asked why he did it, he told Nature: “That was probably just bravado at the time,” he says. “We just thought if they’re going to ask for more, we might as well not have them.”

Reflecting on a year of turmoil, in which he received hundreds of abusive emails and even contemplated suicide at one point, Jones said he had received many messages of support from his fellow scientists. “I did wonder why they didn’t go to the media and say the same things they were saying to me.”

In the USA the sharks are starting to circle Micheal Mann, the Republicans are looking for heads on poles, and the chances of Mann escaping some sort of retribution are looking increasingly good.

Attack is the best form defence so Jones is preparing himself for the inevitable, if the good ship Michael Mann goes down then Phil Jones will likely get caught in the vortex as well.