Tories Warn Dave – “Listen To Us Or We Mutiny” 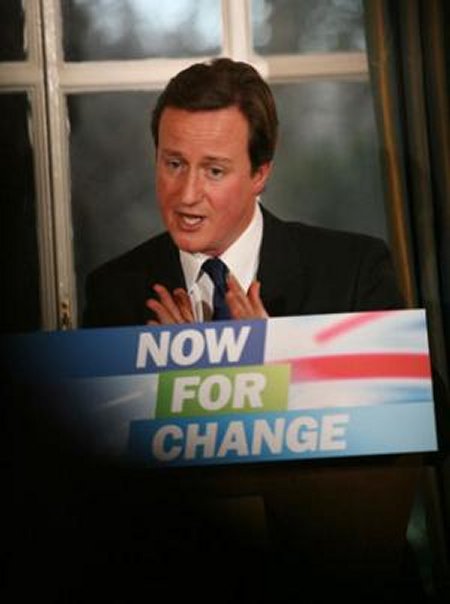 Cameron warned by Tory MPs listen to us or....

So there is still a real Conservative Party with real Conservative MPs, and like many Conservatives, they have had enough of this Vichy Government whose sole function in life it seems is to pander to the whims of Little Nicky Clegg and his pack of cranky Libtard MPs.

Europe, Climate Change and many other core Conservative policies are on hold, or are being corrupted to pander to the LibDems.

Little Nicky is a best a Kipper, two faced and no guts, the bumbling idiot and fallen financial saint Cable and the gong banging moron Chris Huhne who when not barking at the moon is conspiring with the EU and UN to ruin energy security in Britain for a generation, three idiots who should never have been in government.

The MP in question had no truck with the proposed rise in university tuition fees. He was angry about a range of other grievances he had been nursing since the Coalition came to power. Now he saw a chance to make himself heard.

And he was not the only one. On Thursday afternoon, the Tory whips were left scrambling for votes as the mood on the Conservative back benches turned rapidly sour.

As the mob outside the Commons resorted to random acts of violence against the police, the fury of some Tory MPs against their leader boiled over too.

In the hours before the vote there was, according to senior Tory insiders, “a serious change of mood” which took the party whips completely by surprise.

MPs angry about being ignored on Europe and other issues of concern to traditionalists were apparently gearing up to take their revenge.

Many were furious that the Coalition leadership was bending over backwards to accommodate Lib Dem MPs, giving them the right to abstain, while Tory backbenchers have been repeatedly ordered to vote for legislation they do not like, or indeed detest.

At last the Tory MPs are waking up, the time for this Coalition thing to die is now, minority Government the way forward and a return to real Conservative policies and values.

It is time for David Cameron to wake up, remember he is a Tory and listen to his party, if he cannot do that then it is time for a new Tory leader.