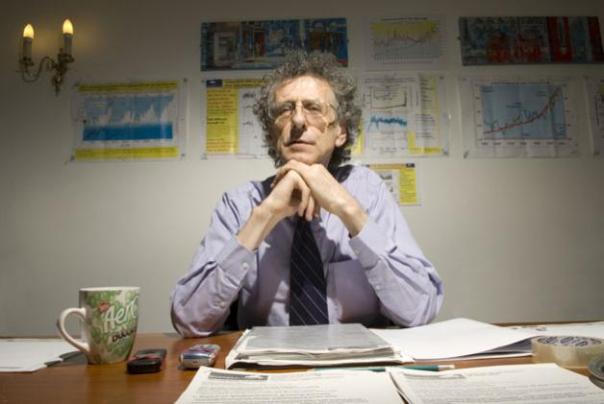 As the snow buries Britain under a freezing white blanket, Piers Corbyn has a lot to say about the weather forecasting in Britain, which is a good time to remember that the Head of the UK Met Office is a one time director of eco mentalists pressure group WWF.

The WWF along with Friends of the Earth, Greenpeace and Oxfam are major players in the great global wealth redistribution scam, no one really calls it Climate something or other anymore.

The Charlatans are active big-time!
How much snow? When?

The news report above issued during 15 Dec gives a 12 hours ahead forecast:-
“Forecasters said up to a foot of snow will be dumped across Scotland, northern and western England from tomorrow morning, with several inches in the south.
“Gale-force winds will create 6ft snowdrifts expected to shut dozens of main roads and threaten railway line closures – likely to lead to widespread school closures and millions struggling to and from work.
So one wonders why don’t they quote the facts as to who really said it first and when. Instead of dressing up this glorified nowcast as something clever.
And one wonders would the Met Office have said this if we at WeatherAction hadn’t already said it all weeks* ahead for the BLIZZARDS in this time period (give or take a day and uncertainties about geographical detail) and specified three days ago (in the absence of MO saying anything more than ‘there will be some snow’) that A FOOT OF SNOW WILL BE LIKELY IN THIS PERIOD WITH CONSIDERABLE DRIFTING:-

“The snow will be more widespread than MO appear to be saying at present and top amounts over the blast period could be a foot in places. The hit in Scotland will be once again MORE than the Met Office present forecast. NOTE DRIFTING WILL MAKE NEW SNOW DEPTHS MANY FEET IN PLACES”.
So The Met Office can read, or maybe they they just looked down from a satellite and saw it coming.

AND now we have Mr Powell (Met Office, not Positive Weather Solutions Powell of the recent ‘hottest ever summer in Britain’ that wasn’t fame) saying
‘It could be a while before we get a break from the chilly conditions’.
Wow a “could be” warning. How bold! How useful!
BUT what the hell does he know?
He is from the same Global Warmist morally, intellectually and scientifically bankrupt stable as failed to predict the gigantic blizzards in Scotland 10 days ago (until they were happening); got ALL the last 5 significantly ABNORMAL seasons (two winters and three summers) diametrically wrong; and were predicting the UK would see NO MORE snow by the end of this decade!!

YES and WE PAY THEM! Higher Education is being destroyed to pay for these fools.

Mr Powell, since you and the Met Office were able to say nothing useful in terms of long range forecasts for the last 10 years how can you, just today, say this.
Might it just be a teeny bit possible that someone else has said it and you are a charlatan?
And if you are going to say it again please get a bit more useful – delete “COULD BE A WHILE” and insert “WILL BE A LONG TIME” and acknowledge that it is what WeatherAction said before December started; and admit it’s nothing to do with CO2!

At school children are taught to acknowledge and respect success and give credit where it is due and to apply advances in science for the good of all.
What school did you go to Mr Powell?
What schools did The Coalition cabinet go to?
Do they abide by the the values of the school curriculum they preside over?

Boris Johnson would like to know why Piers is right and the Met Office wrong, yet again.