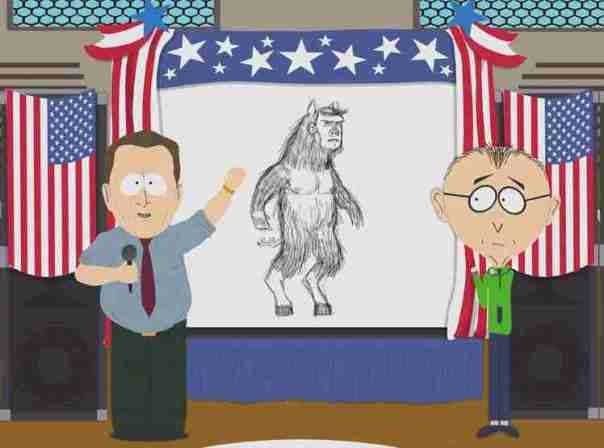 Al Gore, clean out of credibility

Al Gore has long been Mr Climate Change and Pope of the Church of Climatology, he has written books, made comedy films about Global Warming, the film “An Inconvenient Truth” was joint winner of the Nobel Comedy Prize, an honour shared with another comedy outfit, the IPCC.

Climategate delivered the first death blow to the whole Anthropogenic Global Warming scam, a process that has continued as warming alarmist claim after claim has been based on fabricated data and junk science, and proven to be so based.

As the weather has conspired against them so the alarmists have changed their story and we are now at a point that whatever weather event happens, it is always caused by Climate Change.

Many warming alarmists have said the cold weather is due to AGW, according to Dr Roy W Spencer a respected US meteorologist these alarmists including Al Gore are “delusional as a result of some sort of mental illness.”

He found time to write “An Inconvenient Truth” about global warming and to star in an Oscar-winning documentary. The book was published in 2006 and The New York Times proclaimed that “Al Gore revisits global warming, with passionate warnings and pictures.” This was followed by a 2007 Nobel Peace Prize shared with the U.N. Intergovernmental Panel on Climate Change.

In late 2009 the wheels began to come off of Al Gore’s and the IPCC hoax when thousands of emails between the key perpetrators of its rigged computer climate models were posted to the Internet. Everyone could learn about the conspiracy of lies that were the foundation of global warming.

Plans to impose a massive energy tax known as Cap-and-Trade began to falter. A 2009 United Nations Conference of Parties in Copenhagen resembled a rout as delegates struggled to leave town as a blizzard descended. A 2010 conference in Cancun was mocked as an excuse for UN toadies to dance until dawn and dine like royalty.

Al Gore surfaced again in November and was depressed.

Today, Al Gore and global warming are synonymous with hypocrisy and deceit on a global scale.
With the advent of record-setting low temperatures and blizzards bringing U.S. cities to a standstill, Gore has been telling anyone who would listen that the cold and snow was the result of—you guessed it—global warming.

On January 31st, noted meteorologist, Dr. Roy W. Spencer, blogged that “No serious climate researcher—including the ones I disagree with believes global warming can cause colder weather unless they have become delusional as a result of some sort of mental illness.”

On February 3rd, Investor’s Business Daily editorialized about “Gore’s Unending Blizzard of Lies.” The same day in Forbes Magazine, Larry Bell, the author of “Climate of Corruption: Politics and Power Behind the Global Warming Hoax”, said of Gore that “no one has done more to melt down complacent minds with stoked-up claims of fossil-fueled climate peril.” H/T AccuracyInMedia