US Cuts Funding To The IPCC 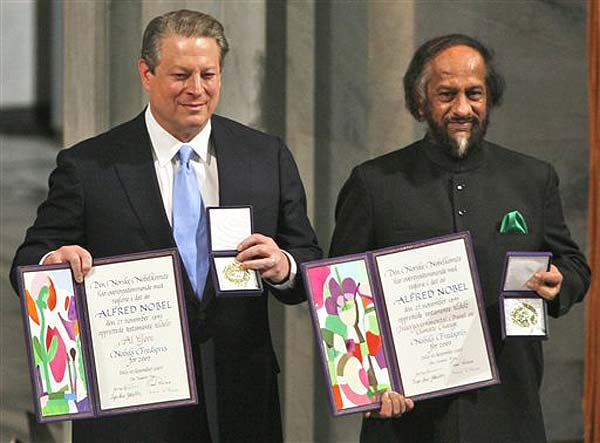 Much has been written about Rajendra Pachuari and his comedy science team, aka the Intergovernmental Panel on Climate Change (IPCC).

The IPCC’s 2007 report was the religious text at the heart of the Church of Climatology, deeply flawed because of made up data, a laughable peer review process and documents from NGO’s like the WWF taken as real scientific fact, rather than ecomentalist propaganda.

The Republicans have their sights on the Climate Change Scam and now the funding for the IPCC is in their sights:

If enacted, the cuts package would reduce spending on environmental protection by nearly one-third, or about $3bn (£1.85bn), advancing a key objective of the conservative Tea Party of dismantling government regulation.

The cuts also exhibit the strong hostility to climate science among the Tea Party activists with funding bans on the IPCC and a newly created climate information service under the National Oceanic and Atmospheric Administration – a reorganisation which was to be funded out of existing budgets.

The weekend budget measure was designed to fund the government through to September. But the White House and Senate Democrats say the cuts – which go far deeper than those put forward by Barack Obama last week – are extreme, setting the stage for a confrontation between Democrats and Republicans.

“The IPCC is an entity that is fraught with waste and fraud, and engaged in dubious science, which is the last thing hard-working American taxpayers should be paying for,” Luetkemeyer said in a statement.

The IPCC really scored an own goal with the statement: “We Redistribute World’s Wealth By Climate Policy“, which hardly speaks volumes for the science, and then just a few weeks later the balance of power changes, to a party for whom Climate Religion is not blind faith.