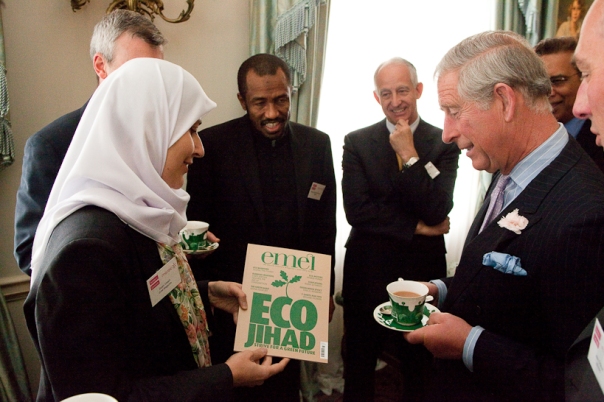 Our very own Royal eco hypocrite has been preaching Climate Religion to the EU Parliament in Brussels, and following the usual texts of the warming alarmists.

According to HRH, the threat is real because 100’s of scientists say so; trouble is none of the “scientists” are actually climatologists or meteorologists, clever people they may be, but Climate science is not their major subject. The head of the IPCC Rajendra Pachauri is a railway engineer, and another IPCC scientist is a wanted terrorist.

What is more disturbing about HRH’s speech is the line that Climate Realists should be held accountable for daring to commit heresy, this is not the first time warming alarmists have said this: END_OF_DOCUMENT_TOKEN_TO_BE_REPLACED

All Change – Now The Guardian Is In Favour of Wind Farms

There would appear to be some confusion at the Guardian as to whether, or not wind farms are a good thing.

A few days ago, it was acceptable to be a nimby and say No to Windfarms, now wind farms are in vogue again because they will provide us with energy security.

In this tired of piece of warming alarmist propaganda a careful cherry picking of selected facts still fails to look like anything else, other than desperate to keep the agw hoax going: END_OF_DOCUMENT_TOKEN_TO_BE_REPLACED

Nothing like using weather to illustrate climate; hat tip Warming Alarmists for the idea

Never one to stop flagellating a dead horse, The Guardian are getting excited because a Climate Witchdoctor has found that by adding 2 lines of programming code to a process, he can now actually predict weather 5 whole days in advance.

Cast your mind back a year or so ago, when we were expected to believe the computer models for decades in advance, now the Warming Alarmists are celebrating being able to predict 5 days in advance, bit of a shortfall in time spans, but it is religion not science, so what the hell time to start banging gongs and barking at the moon again.

The Guardian Comes Out Against Wind Farms

The Guardian its ok to be a nimby with bird choppers

These are strange days for the warming alarmists, as their religion comes crashing down, pillar by pillar, so the shift to distance themselves from their previously evangelical support for the Climate whatever it is called today scam, has picked up speed, as once former Holy Grails are now consigned to the landfill of history.

Latest casualty is the wind farm, beloved sacred and holy site of Attila the Huhnatic and Dave, the wind farm is rapidly becoming as toxic to the Warming Alarmists, as Ken Livingstone is to Labour’s chance of winning the 2012 London Mayoral election.

In an article that could have been written by a Climate Realist the Guardian actually mentions all the problems with wind turbines: END_OF_DOCUMENT_TOKEN_TO_BE_REPLACED

Dr Jan Pretel is the director of the Climate Change Department of the Czech Hydrometeorological Institute, and until 2009 he was the leading Czech scentist in the hugely discredited IPCC. 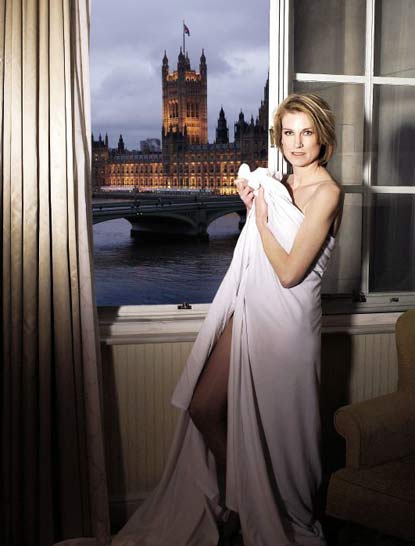 Sally Bercow "My husband is a sex symbol", no being a dickhead is not the same thing

If only Sally Bercow could claim this had all been caused by global warming, still you can’t have everything and this for sheer political stupidity makes Ken Livingstone look like a master at his craft.

Exactly what was going through the head of the speakers wife, when she committed the political equivalent of taking a dump in front of the Queen, though if Sally is to be believed, and John is the rampant rabbit then he might have fucked her brains out, which could account for this incredibly ill-judged and very public, fuck up.

Cyclone Yasi – It Was Caused By Climate Change

It’s a fair bet that just about anything is caused by Anthropogenic Global Warming these days, as the pillars of Al Gore’s once great Climate Religion come crashing down, everything is our fault and guilt abounds.

First the civil unrest in Egypt was caused by Climate Change according to NGO Climate Progress, and now the Australian Greens are blaming AGW for Cyclone Yasi.

With an awesome cherry picking of data from the last 100 years the ecomentalists have outdone, even Danny Glover for sheer eco stupidly as the ever excellent Jo Nova points out END_OF_DOCUMENT_TOKEN_TO_BE_REPLACED

For this blogs British and EU readers George Carlin was a US cult comedian whose particular take on life, was very very funny.

Carlin is best known in Europe for playing Rufus in the Bill and Ted movies.

Everything was fair game for Carlin from hippies to feminists, weather cocks to roach control, Carlin had a sketch for it.

As most of Europe abandons wind power because of declining wind speeds across western europe, Britain and France are still pursuing the Holy Grail of Wind Power, without any thought to cost, or energy security for their respective countries.

The latest scheme from France would see 3 giant wind turbines, each two thirds the height of the Eiffel Tower, situated 20km from the Mont St Michel, and easily viewable on clear day.

The scheme has UNESCO worried about the world heritage status of Frances greatest provincial tourist attraction which gets 3 million visitors a year; there will be an additional bird choppers off the coast at Juno and Omaha beaches which has angered veterans, and environmentalists as well. END_OF_DOCUMENT_TOKEN_TO_BE_REPLACED

Aardvark had a bet with another blogger than before the week was out, someone, somewhere would blame the unrest in Egypt on Anthropogenic Global Warming, a bet that will now pay out.

The ecomentalists at Climate Progress are linking food prices to extreme weather and an increase in the price of oil, as the cause of the riots.