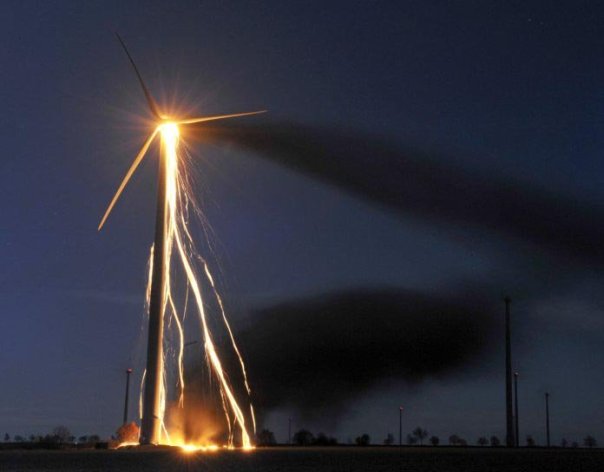 Renewables in Global Decline: In Holland, the EU renewable energy target has been abandoned, saving the country billions of euros in subsidies

News yesterday that Google was completely abandoning its Green Energy program was yet another coffin nail in the global renewables industry which has universally failed to deliver reliable and affordable energy and no lasting Green jobs.

All around the world renewable energy projects are being abandoned as costs rise and voters get wise to just how much this so called Green Revolution is costing, not only in hard cash but also the jobs that pointless and futile emissions legislation are  causing to be lost as companies relocate to more favourable locations.

The whole concept of ludicrous Green subsidies and taxes is nothing but a net drain on the economy and people struggling to pay ever rising energy bills, as in addition to the costs of Green taxation there has to be 100% backup from fossil fuel or nuclear power stations for they days when there is no wind, or the wind is too fast or the bird choppers are frozen solid, then of course during cold spells wind turbines consume more energy than they produce:

From America comes troubling news for the renewables lobby. Reports are legion of bankruptcies, green jobs that failed to materialise and a notable cooling of the rhetoric on global warming as the country now finds itself on the brink of a breathtaking boom – in fossil fuels.

From Europe come warnings of failed renewables projects, disappointing results and voter disillusion. And from nearer home comes troubling evidence of how the push in renewables is destroying jobs and confronting millions of households with huge rises in energy bills. But cost is the great unmentionable in the renewables rush. And that, of course, was the line that never was in that Moray Firth press release.

How ironic that just ahead of another inter-governmental global warming summit in Durban that the temperature has cooled so quickly in America. For there has been a transformation in prospects for fossil fuels and growing disillusion with the results of massive federal government spending on renewables projects.

America’s energy prospects have been lifted by huge exploitable recoveries of shale gas with none of the “earthquake alarms” raised by the green lobby; improvements in drilling technology that have opened up previously inaccessible “tight oil”; expanses of “tar sands” in neighbouring Alberta and continuing exploration upgrades from oil drilling off the coast of Brazil. For an economy caught in a deep permafrost of debt, energy sources costing considerably less than wind power could hardly have come at a better time.

America’s energy prospects have been improved by shale gas, the same revolution Chris Huhne wants to stop in Britain because it is not a generation source approved by the Green lobby that Huhne so desperately seeks approval from.

Still reverberating around the energy policy network is a study by Professor Gabriel Calzada of Juan Carlos University in Madrid which concluded that the Spanish/EU style green jobs agenda promoted until recently in the US in fact destroys jobs. For every green job created by the Spanish government, Calzada found that 2.2 jobs were destroyed elsewhere in the economy because resources were directed politically and not rationally. Each “green” job came at a cost of $774,000 to Spanish taxpayers. Asked recently US journalist Ed Lasky of American Thinker about the origins of Spain’s green energy programme, he said that it was the desire of Spanish political elites to be “world leaders” that drove the programme

That would be the same desire and moral superiority that drives Chris Huhne and Connie Hedegaard to be “world leaders” for a Watermelon marxist minority then.

Energy produced at a horrendous cost that drains the budgets of households and depresses spending elsewhere is neither a rational energy gain nor a “stimulus boost”. It is edifice economics, founded on sleight of hand taxation and powered by a gale of hope. We are going to need more than this to have a hope of keeping the lights on.