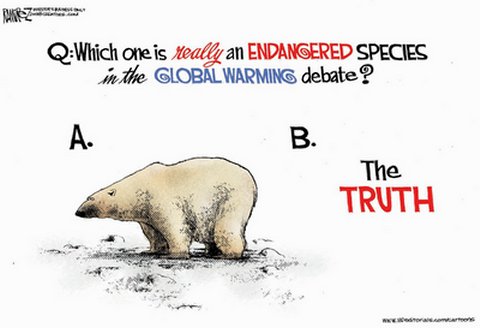 A combination of the financial crisis and the latest batch of Climategate emails have destroyed public belief in man made climate change according to a survey by the National Centre for Social Research.

Across the whole social spectrum belief and willingness to pay for the cost of Climate Religion have dropped sharply.

• Since 2000 the number of people prepared to pay higher prices to safeguard the environment has fallen, from 43 to 26 per cent. So too has the proportion willing to pay much higher taxes to protect the environment, from 31 to 22 per cent.

• Support has fallen among all income groups. Just over a third (36 per cent) of those in the highest earning households (in 2010 defined as those with household income of over £44,000) would be willing to pay higher prices to protect the environment, down from 52 per cent in 2000.

The report also finds that people are more sceptical about the credibility of scientific research on global warming:

• Under half the population (43 per cent) currently considers rising temperatures caused by climate change to be very dangerous for the environment, down from 50 per cent in 2000.

• The least likely to see climate change as dangerous were older people (28 per cent), those with no qualifications (28 per cent) and those on the lowest incomes (37 per cent).

• Over a third (37 per cent) think many claims about environmental threats are exaggerated, up from 24 per cent in 2000.

Part of the Government particularly Chancellor George Osborne are listening, the problem is Chris Huhne is deaf to all of this and until Huhne is removed the Green Agenda will roll inexorably onwards.