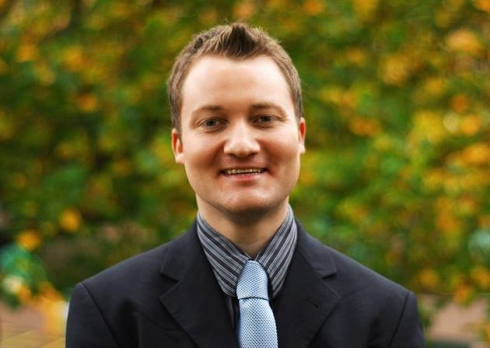 The Green Party group on Norfolk County Council are shell shocked by the news that their leader, Philip Hardy has turned his back on Green ecomentalism and joined the Conservative Party.

The Greens won 13 seats in the 2009 council elections and became the third largest party on the Council.

The leader of the Green Party group on Norfolk County Council has defected to the Conservatives.

It is thought to be the first time a Green politician has moved across to the Tories.

Philip Hardy, 37, councillor for Thorpe Hamlet ward in Norwich, said: “This has been a very difficult decision to make but I feel it is the right one for me.”

The Green Party in Norfolk said it was “shell-shocked” and saddened by the news.

Mr Hardy said he had found himself alone on a growing number of issues within the Green Party.
‘Inspired by Cameron’

He said he was particularly attracted by the Conservatives’ policies on deficit reduction and the NHS and impressed by the way the local council had tried to protect public services in Norfolk.

He said he was also proud when the Conservative Prime Minister David Cameron “inspired” the international community to intervene in Libya earlier this year.

Mr Hardy was elected as county councillor for Thorpe Hamlet ward in Norwich in June 2009 and became the first Green member of the Norfolk Police Authority.

At the 2009 elections, the Green Party won seven of the 13 county council seats in Norwich and became the third largest party overall.

Marcus Hemsley, acting group leader for the Green Party, said: “I’m very sad he’s decided to leave and wished he’d come to talk to me about it first.”

So what did Hardy find so wrong with Green Party plans for the deficit reduction?

The clues are in a letter from Green Party Leader Caroline Lucas on how the Green Party would reduce the deficit:

The Green Party, many unions and some economists have proposed an alternative choice. This would involve cracking down on tax avoidance and tax evasion, saving billions every year. It would involve the wealthiest people in society pay a fairer share. It would mean saving £100bn over thirty years by scrapping Trident and its proposed replacement. It would involve a windfall tax on bank profits as well as a heavy tax on bankers’ bonuses. It would mean reducing the deficit more slowly, and thus avoiding these savage cuts. It would mean smart switching of funds from high-carbon to carbon-reduction spending (for example away from motorway-building and into public transport), and other ways of generating funds such as a green investment bank. It would mean having enough cash to invest heavily in a Green New Deal – a major plan to kickstart the transformation to a post-carbon economy while creating a million new jobs and training places. And the new jobs would in turn bring in extra revenue to support public spending (whereas cuts will cost the country a million jobs).

No defence, more public spending and the usual rhetoric about bankers and the whole problem fixed of course by the Green economy, no wonder Philip Hardy has had enough of the Green idyll.