Hurricane Blows Through The US Wind Industry 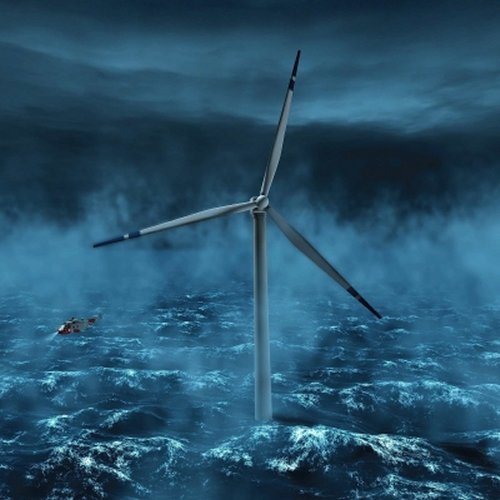 The global trend in cutting the tax payer funded Green subsidies that allow wind and solar to exist, has arrived in the United States.

In the US wind farms have been subsidised since 1992 by the Wind Production Tax Credit (PTC), which was usually extended for 1 – 2 year periods; in 2009 the American Recovery and Reinvestment Act extended subsidy for wind power until the end of 2012.

An extension of the PTC, the subsidy that allowed wind to be competitive with other forms of energy, has been left out of a payroll tax cut extension currently making its way through the US  House of Representatives, without a change of policy wind subsidy ends in 2012.

The Americans have subsidised wind power for 20 years, and yes, you guessed right without Green taxation the US wind industry is dead.

Kevin Borgia, who heads the Illinois Wind Energy Coalition, said several years of stability for the tax credit helped drive down costs for wind generation. Without the tax credit, the market for wind power generation will grind to a halt, he predicts.

Paul Bowman, vice president of development at wind developer E.ON Climate and Renewables North America, which has its North American headquarters in Chicago, said his company had about $1 billion in construction planned for next year, tied to the tax credit extension.

“If we got an extension in the next couple of months, we’d be able to build some or all of those projects,” Bowman said. “If it gets extended at the end of the year, it is too late.”

The Renewables industry is like a junkie, always needing just one last fix of cash and everything will be just wonderful, when really the truth is, any industry that cannot pay its way after 20 years of Green subsidy  is doomed.

The doom and gloom for the US wind industry continues with a new report from the Carnegie Mellon University in Pittsburgh which says that 50% of the wind turbines in 4 planned off shore wind farms, will get blown away by hurricanes.

Hurricanes pose a significant risk to wind turbines off the U.S. Gulf and East coasts, even if they are designed to the most stringent current standard,’ the study authors wrote, reported USA Today.

The researchers used mathematical models to predict how many towers would buckle in the four considered states, following the U.S. Department of Energy’s 20 per cent target set four years ago.

But they have insisted the potential damage could be significantly reduced if the ‘nacelle’ covers, which house the generating components, are better designed to withstand huge amounts of wind.

Turbines shut down during high winds, but can still buckle thanks to hurricanes, reported New Scientist. Experts said the Texas site is the most dangerous place out of all four that they studied.

Wind and solar in there current forms will never work, in any country without the huge never ending Green subsidies that kill jobs and drive the cost of living relentlessly upwards.