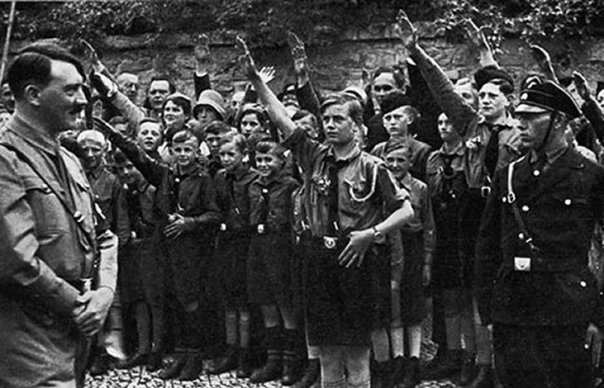 A generation indoctrinated by propaganda at school

The unlamented  Chris Huhne really was the Climate Religion equivalent of  Saint Peter to the Church of Rome, the rock on which the church was built.

Huhne has been gone barely a month and the edifice that once was the British branch of the Church of Climatology is disintegrating faster by the day.

Finally David “Heir to Tony Blair” Cameron has spoken out against wind turbines as public and political pressure has reached boiling point over the costs of Green taxation on energy bills.

The teaching of warming alarmism propaganda and the manipulation of children by fear and guilt got off to a shaky start under Ed Miliband who was Climate Religion Minister in the last Labour Fiasco.

Labour took Climate Religion to it’s heart, Al Gore’s work of climate science fiction “An Inconvenient Truth” was  taught in schools as real science, that was until Mr Justice Burton told London’s High Court that distributing the film without the guidance to counter its “one-sided” views would breach education laws.

Almost immediately after that court ruling Ed Miliband and the Labour Government were in trouble again, this time  for frightening children  with a television advertising campaign about Anthropogenic Global Warming, which while not breaching the Advertising Standards Authority’s (ASA) guidelines, were none the less designed to cause a fear response  in our children.

The advert above which used the corruption of the nursery rhyme Jack and Jill, and another advert for Rub a Dub Dub were used to spread the fear message and wildly exaggerate the potential impact of Anthropogenic Global Warming on the British Isles, both of these did breach ASA guidelines and had to be withdrawn.

Since then British children along with the children of many other countries have been quietly indoctrinated the with fear of Man Made Climate Change, and more recently, with the guilt of them and their parents having a decent standard of living and burning fossil fuels, Climate Justice being the new Green sound byte for this guilt trip.

A warming alarmist play is touring schools in Yorkshire and Lancashire spreading the message of fear and Climate Justice, now the local MP has complained to Education Secretary Michael Gove that Climate Change propaganda is being taught in schools:

A school play has been referred to a Government Minister after an MP complained it was “propaganda”.

Philip Davies wrote to the Education Secretary after reading about a production on climate change that was touring schools in Yorkshire and Lancashire.

Michael Gove replied, agreeing there was no place for propaganda and promising to “slim down” the national curriculum.

Whether climate change should be taught in schools is under debate as the Government looks to slash the size of the curriculum.

Its advisor has previously said lessons should stick to core scientific principles and not include global warming.

But this has led to fears that science teaching is being “politicised” and could lose its relevance to modern life.

The play, called Nor Any Drop, was written by former Keighley man Nick Ahad, who based it on his experiences visiting his father’s birthplace in Bangladesh.

It follows the lives of five characters connected by the effects of climate change in the UK and Bangladesh.

Shipley MP Mr Davies, a climate change sceptic, sent Mr Gove a copy of the Keighley News, a sister paper of the Telegraph & Argus, which carried a story about the play with a note saying: “I understood following our discussion that climate change propaganda was stopping?”

Mr Gove responded: “I agree with you entirely that propaganda, for political purpose, should have no place in schools.”

Nor Any Drop is a production of the Red Ladder Theatre Company, costs £750 + VAT and is advertised as a complete package:

To support this performance, schools can also book Red Ladder’s accompanying Global Justice educational workshop. This workshop reflects on issues raised in the play using games, role-play and group discussion. We aim to engage, inspire and equip pupils with the skills to become advocates of positive social change amongst their peers and communities.

This is nothing more than Green propaganda, education it is not.