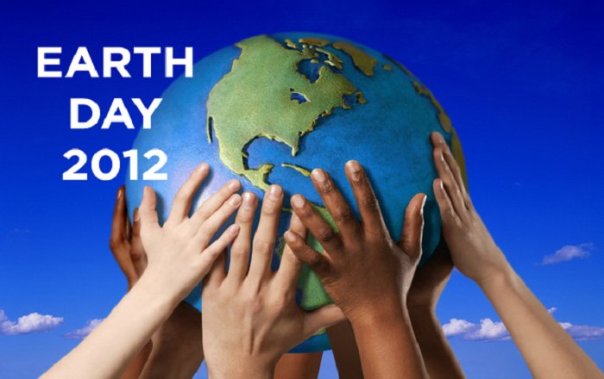 April 22nd 2012 the ecomentalists will be banging gongs, barking at the moon, planning new gulags for sceptics and discussing new ways to suppress discussion and dissent about Climate Religion

The warming alarmists and ecomentalists are staging Earth Day on April 22nd 2012 where they will continue the shift towards “sustainable development“, as well as, pushing the generational divide in the same way that Chairman Mao did with the Cultural Revolution which encouraged children to inform on their parents to the Communist Authorities, and continuing on the youth theme,  seek to appoint guardians for unborn generations who doubtless want a Green marxist agrarian society though they don’t actually  know it yet.

There will be the usual tired claims about a future of limitless Green energy powered by solar and wind, totally ignoring what happens when the wind ceases to blow and the big orange ball in the sky sinks below the horizon, while the ecotards communicate with the world using products made only possible by fossil fuels and powered by dirty coal and gas fired power stations.

Earth Day’s junior event, Earth Hour was a non event this year continuing its ongoing annual decline, how big Earth Day is remains to be seen.

• Maurice Strong, senior advisor to Kofi Annan, U.N. Secretary-General who chaired the gigantic (40,000 participants) “U.N. Conference on Environment and Development” in Rio de Janeiro in 1992 , who was responsible for putting together the Kyoto Protocol with thousands of bureaucrats, diplomats, and politicians, stated: “We may get to the point where the only way of saving the world will be for industrial civilization to collapse….isn’t it our job to bring that about”]

•”In searching for a new enemy to unite us, we came up with the idea that pollution, the threat of global warming, water shortages, famine and the like would fit the bill….All these dangers are caused by human intervention….and thus the “real enemy, then, is humanity itself….believe humanity requires a common motivation, namely a common adversary in order to realize world government. It does not matter if this common enemy is “a real one or….one invented for the purpose.“ Quote by the Club of Rome.

• Timothy Wirth, U.S. Undersecretary of State for Global Issues, seconded Strong’s statement: “We have got to ride the global warming issue. Even if the theory of global warming is wrong, we will be doing the right thing in terms of economic policy and environmental policy.”

• Richard Benedick, a deputy assistant secretary of state who headed policy divisions of the U.S. State Department, stated: “A global warming treaty must be implemented even if there is no scientific evidence to back the [enhanced] greenhouse effect.”

Benedick is not the first Liberal to come out with this, then British Prime Minister Tony Blair said at the time of COP15 “Even if the science is not correct the world must act“, this whole Anthropogenic Global Warming fear story has always been a political agenda with the science adapted to fit the agenda.

• “The data doesn’t matter. We’re not basing our recommendations on the data. We’re basing them on the climate models.” -Prof. Chris Folland, Hadley Centre for Climate Prediction and Research

Even the UN IPCC let slip they redistribute the world’s wealth by climate policy, no pretence just sheer arrogance that the UN can do anything it likes by lying.

Sustainable Development is defined by the Watermelon Marxists as:

The sheer cynicism and determination of these people is best summed up by:

“It doesn’t matter what is true, it only matters what people believe is true.” –Paul Watson, Co-founder of Greenpeace“