So What Is A Green Job?

One of the reasons the Greens use to justify the billions in wasted subsidies for wind and solar power is Green jobs, though as usual with the warming alarmists lasting Green jobs, like Anthropogenic Global Warming is just another fiction.

The US House of Representatives concluded in a report that there is no such thing as lasting Green jobs, in fact,  Green jobs because of the huge subsidies they require are a net killer of jobs.

Globally the Green taxation that is renewable energy’s life blood is being cut, as the subsidies are cut  the illusory Green jobs are lost, so  now is the time for the warmists to widen the definition of Green jobs to support their claims that Green will be the economic driver of the future. END_OF_DOCUMENT_TOKEN_TO_BE_REPLACED

Air Wars The EU vs The Rest Of The World

January 1st 2012 the EU announced that it was unilaterally imposing a flying tax on all flights in, and out of the European Union.

The news of the EU Carbon tax on flying was greeted with global hostility, even before the tax became law China was warning of a trade war with the EU, by January 5th 40 Nations were opposed to the Green taxation, and by early February 2012 China and India had both decided not to submit any data to the EU Emissions Trading Scheme (ETS).

As usual nothing will dissuade Comrade Connie Hedegaard and the other unelected Green zealots at the Puzzle Palace in Strasbourg from following the Julia Gillard example and diving headlong into the abyss: END_OF_DOCUMENT_TOKEN_TO_BE_REPLACED 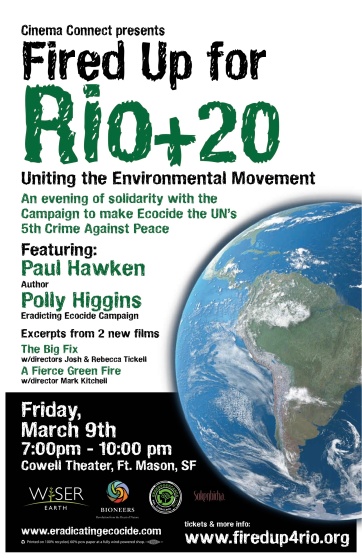 Even the most optimistic of the warming alarmists can see another UN slow motion car crash happening at the Rio+20 Earth Summit, following on from 3 spectacular COP failures in a row, Rio+20 is probably the UN and the Green environmental zealots last chance to force Agenda 21 on an unwilling world.

The people who attend these conferences claim to care about the planet, preach the Green low carbon lifestyle, and at least twice a year tens of thousands of ecowarriors generate huge amounts of the CO2 they fear so much when they get together to save the planet from people like us, enjoying the same 21st Century lifestyle as the Green zealots.

Hypocrisy has always been the very essence of Climate Religion, by their own values and stated ideals emitting this amount of CO2 is obscene and very damaging to the planet they claim to be saving for us, the Greens had a golden opportunity to practice what they preach with Ri0+20 and use modern means of communication, instead they have chosen to fly, use limos and stay in expensive air conditioned hotels.

Not very Green, or sustainable according to their preaching, but this is the environmental movement and the UN working together in tandem, so lies, corruption and hypocrisy will abound in Rio. END_OF_DOCUMENT_TOKEN_TO_BE_REPLACED

Agenda 21 has always been the backbone of the Great Global Warming Scam, as global warming has proved to be the biggest non event ever, so Global Warming became Climate Change, then briefly Climate Disruption and then for an even shorter time Weather Weirding was the new scare.

Then following the third COP failure in a row the whole climate change scam was quietly sidelined, in favour of the new meme  “sustainable development“, though climate change remains part of the scheme, references are now vague and talk of preventing rising sea levels and temperature increases are no longer quantified, presumably to try to put a stop to all the failed predictions.

The sustainable development meme is a nice user friendly term that is meant to obfuscate the real meaning, what sustainable development really means is draconian one world Green socialist government, massive wealth redistribution from the developed world to con artists like the Maldives, a return to the drudge of the Green agrarian feudal society, and a massive cull of around 80% of the world’s population.

In the deep south of the USA the state of Alabama has passed a law stating  that UN will not get their grasping hands on private property and wealth, and even more importantly the state government is prohibited from taking part in any UN schemes for sustainable development: END_OF_DOCUMENT_TOKEN_TO_BE_REPLACED

The warming alarmists made the same predictions about Antarctic ice, the Himalayan glaciers, the peak of Kilimanjaro was going to lose its covering of snow, all caused by man emitting CO2 and not one of these cataclysmic events have actually happened, or even come close to happening.

Satellite monitoring of the cryosphere has only been available since 1979, a mere 33 years which in the natural timescales of the planet is equivalent to a millisecond in the grand scheme of things, far too short a period  for any accurate predictions or the ability to determine if what was observed was a trend, or a cycle.

The junk scientists opted for a trend, underlined by the warmest years on record to back up their contention that this would cause melting of the Arctic ice cap. END_OF_DOCUMENT_TOKEN_TO_BE_REPLACED

The latest scary fear story from the dying Church of Climatology, the world will end in 2025

The run up to any UN climate conference always brings forth a new crop of silly fear stories to pile on the pressure for an agreement, the problem for the warming alarmists and their use of this tactic is, the number of failed predictions soon stack up.

The fear stories have been many: 20 – 30% of animal and plant species will die said the head of the IPCC, all the Arctic sea ice was going to be gone by the summer of 2012 instead Arctic sea ice is currently at record levels especially in the Barents Sea.

Then there was the Alien Invasion fear story where aliens,  being of similar intellectual capabilities and mindsets as warming alarmists,  were going to come to Earth and punish with extreme prejudice, the emitters of obscene levels of CO2.

COP17 gave dire predictions of the world as we know it ending in 2017, still the good news is we now have 8 more years before the second coming of Al Gore, or the world ends, or something…. END_OF_DOCUMENT_TOKEN_TO_BE_REPLACED

Tags: We are doomed I tell ye doomed