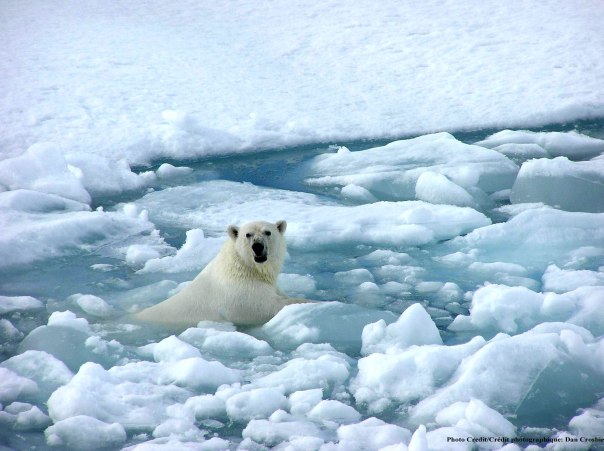 Of course this is the start of the silly season for Big Green, the run up to COP18 in Doha, the same cycle that happens every year in preparation for the annually declining attendance at UN COP meetings.

This year the fear theme is Arctic Sea Ice, and this time the Arctic will be ice free in just 4 years according to Professor Peter Wadhams:

“At first this didn’t [get] noticed; the summer ice limits slowly shrank back, at a rate which suggested that the ice would last another 50 years or so. But in the end the summer melt overtook the winter growth such that the entire ice sheet melts or breaks up during the summer months.

“This collapse, I predicted would occur in 2015-16 at which time the summer Arctic (August to September) would become ice-free. The final collapse towards that state is now happening and will probably be complete by those dates”.

Ice Free, the northern polar region of the planet with zero ice for 2 months is what you are a supposed to think, but as Professor Judith Curry points out “ice free” does not mean ice free:

‘Ice free’ is put in quotes, because ‘ice free’ as commonly used doesn’t mean free of ice, as in zero ice. The usual definition of ‘ice free’ Arctic is ice extent below 1 M sq km (current minimum extent is around 3.5 M sq km). This definition is used because it is very difficult to melt the thick ice around the Canadian Archipelago. And the issue of ‘ice free’ in the 21st century is pretty much a non issue if your require this thick ice to disappear.

Meanwhile at the southern end of the planet, the Antarctic ice sheet has reached a record high, beating the record high set in 2007, when Arctic Sea Ice was at a record low.

If you remember your Global Warming scripture lessons,  global warming theory needs both poles to warm to together, instead what we have here is a cycle where ice decreases at the north pole and increases at the south pole,  then at a point in  the natural cycle the Antarctic ice decreases and the Arctic sea ice increases.

As usual the Greens are just spinning half a story, and ignoring their own “science” in the cause of the getting a global economic suicide pact at COP18, and, in 4 years time adding Wadhams failed predictions to Big Green’s incredibly long  list of failed predictions of environmental holocaust.