← Obama’s Green Energy Failures
A Climate Of Fear In Poland, But Not The One You Would Expect → 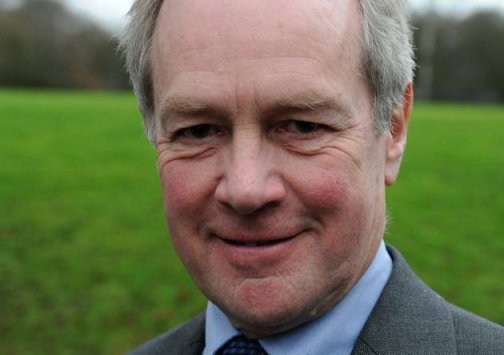 Peter Lilley MP his appointment to the Commons Energy Committee has upset Greens and warmists, because only warmists, Green crony capitalists and Green subsidy junkies should be allowed to be on the committee.

The Greenest Government ever, is quietly and surreptitiously becoming less Green, the appointments of John Hayes, a very vocal opponent to wind farms as Energy Minister and Owen Paterson as Environment Secretary caused a shrill outburst of moral indignation from the warmist alarmist industry.

The in September Conservative MP Peter Lilley produce a storm of outrage, as Greens and warmists are always outraged, when their religious texts are challenged and shown to be flawed and based on cherry picked data to produce the Green political conclusion required, in this case the Stern Report.

There are 3 Labour politicians largely responsible to the economic stupidity that is the Climate Change Act 2008, Nicholas Stern who produced the Stern Report which predicted Environmental Armageddon unless we all lived in the dark, stopped using fossil fuels and became vegetarians.

Then Prime Minster Gordon Brown and current Labour Leader Ed Milliband enacted the Climate Change Act and opened the door for the huge Green subsidy pit of wind and solar energy, as the Stern Report met Brown and Milibands political agenda, the Stern Report was treated as incontrovertible truth by Labour.

Over in Guardian world the wailing about Lilley is reaching a crescendo:

MPs and environmental campaigners on Thursday condemned the appointment of climate sceptic Peter Lilley to the committee that scrutinises the government’s energy and climate policies, calling the move “deeply worrying”.

The Tory MP, one of only three MPs to vote against the Climate Change Act in 2008, has been appointed to the energy and climate change select committee.

Next he will turn out to be the sort of person who does not believe that science is settled.

He has previously said the “science is not resolved” on climate change, “a degree or two rise in temperature is, of itself, not a huge concern”, and recently criticised the Stern review in a report for the Global Warming Policy Foundation, the Nigel Lawson-founded thinktank sceptical of climate change.

“I am highly critical of Lord Stern’s ‘economics’ on which this and the previous government’s policies are based,” he told the Guardian.

Lilley is right to be highly critical of the now Lord Sterns economics, Stern is a socialist and socialism and economics have never really got on that well, as is demonstrated by every outgoing Labour Government in Britain always leaves the country broke.

Greenpeace policy director, Joss Garman, said: “The addition of climate change sceptic and oil company director Peter Lilley to the energy and climate change select committee is part of a growing picture. With Owen Paterson as environment secretary and anti-wind campaigner John Hayes now energy minister, you’d be forgiven for thinking the Tories are gearing up to assault the Climate Change Act and increase the UK’s reliance on expensive, imported, polluting fossil fuels.”

But it is perfectly acceptable to have Green crony capitalists like Tim Yeo on select committees.

Friends of the Earth’s head of campaigns, Andrew Pendleton, said: “This is a deeply worrying development – Peter Lilley was one of the few MPs to vote against the Climate Change Act. With a growing question mark over the government’s commitment to a science-based approach to safeguarding the environment, this committee has a crucial role to play in holding ministers to account over their legally binding climate targets.One of Lilley’s first tasks should be to meet with the foremost experts on climate change to familiarise himself with the latest science – Friends of the Earth would be more than happy to facilitate this.”

So Friends of the Earth are now a training facility for Climate Science, shame for FoE they did not think that up before Rio+20 when Greens and Green NGOs still had influence, albeit in terminal decline.

Still more gnashing of teeth and wailing from the Grauniad with an article of quotes from the evil outspoken critic of green power and climate action:

“My overall position on global warming is that, as a physicist — I studied physics at Cambridge — I am not one of those who deny that carbon dioxide emissions heat the planet. They do have that effect, although there is less certainty about how much the complex feedback effects that climate models seek to replicate may amplify the comparatively modest effect of increasing CO2 and other greenhouse gas emissions. Nonetheless, in my view it is wise to take measures to prevent and to adapt to global warming, and it is sensible to try to assess the costs and benefits of action and inaction to ensure that we adopt the most cost-effective approach.”

“The tendency of those committed to the theory of catastrophic man-made global warming to unquestioningly adopt the assumptions, at every stage, that maximise the expectation of calamity should alert us that groupthink is driving the movement.”

← Obama’s Green Energy Failures
A Climate Of Fear In Poland, But Not The One You Would Expect →