WOW! Sales Of Electric Cars In Britain Might Double In 2013

The Electric Car is yet another example of the absurd Green tokenism that will never work, an artificial market created by Governments, heavily dependent upon tax payer subsidy like all Green ideas, thus far  all attempts to create a global market for electric cars have failed.

Britain in common with many countries in the world, has more charging points than there are Electric Vehicles (EV) on the road, the few EVs sold in Britain in the last year have been sold to rich city dwellers who can afford the cost of an EV, normally around £30000. Anyone who buys an EV gets £5000 back in tax payer funded Green subsidy, which as the House of Commons Transport Select Committee has warned results in ordinary tax payers subsidising the rich, so they can be Green and fluffy.

Despite the problems of cost, range anxiety and the length of time it takes for a recharge, sales of EVs in Britain are expected to double in 2013, according to website nextgreencar.com: END_OF_DOCUMENT_TOKEN_TO_BE_REPLACED

Wind Turbine Fail, Service Life Is Just 50% Of That Quoted By The Wind Industry 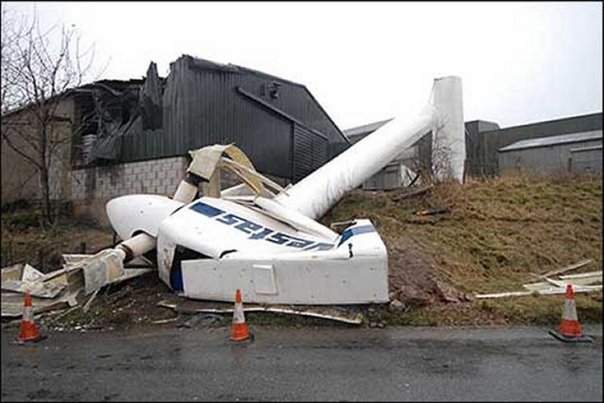 Latest peer reviewed study proves that the life of a bird chopper is 10 – 15 years not the 20 -25 years spun by the renewables industry and used by politicians for planning.

The case against wind turbines was already proven, intermittency or the inability to provide and meet demand for electricity is bad enough, as is the problem for renewables that they need to have a fossil fuel or nuclear power station on standby because of the intermittency issue, now a peer reviewed study by the Renewable Energy foundation has disclosed another major failing of wind power, the turbines actual serviceable life in roughly half that of the life span quoted by the manufacturers.

The study was carried out by Professor Gordon Hughes of the University of Edinburgh, one of Britain’s leading energy and environmental economists, using years of data from wind farms in both Britain and Denmark.

The findings are yet another embarrassment for the whole Green renewable energy boondoggle and has serious financial implications for energy bill payers who are already propping up the renewables industry via the ever increasing Green subsidies on energy bills: END_OF_DOCUMENT_TOKEN_TO_BE_REPLACED

Carbon Capture and Storage (CCS) is another Green technology that is being currently pushed very hard so we can all be saved from Anthropogenic Global Warming.

CCS like all the Green Dream technologies is very expensive, requires huge tax payer funded subsidies and is the usual mix of environmental tokenism and gesture politics that so typifies the Greens.

Britain’s last CCS project was cancelled in October 2011 after the companies involved Scottish Power, Shell and the National Grid, pulled out citing funding issues, in short they wanted more Green subsidies to make the project financially viable, the typical refrain for all things Green, more taxes and ever increasing energy bills.

Never one to let anything deflect her from her Green Agenda, the EU’s unelected Climate Commissar Connie Hedegaard and the other european Green fools held a contest to provide funding for CCS: END_OF_DOCUMENT_TOKEN_TO_BE_REPLACED

Climate Activists are trying to stop remote Indian villages in the Sundarbans region from having grid based electricity, environmentalists say the village can only have intermittent renewable enegy.

The left are forever apologising for the British Empire and colonialism, yet at the very first chance to start imposing Green neo-liberal Colonial policies on the developing world. the environmental movement never hesitate to become Green colonial masters.

Take for example the way the Greens tell everyone how to live their lives, one part of the great global warming boondoggle is promoted by caring sharing Oxfam, who once wanted to end world poverty and hunger, but has in recent years suborned this desire in favour of jumping on the AGW band wagon. This leads to a conflict of interest, for the poorer countries to improve their standard of living and join the 21st Century, there needs to be progress, economic growth and a constant reliable electricity supply.

In the Sundarbans region of India another Green NGO, CUTS International is working hard to ensure that the people of this region should be denied any chance to join the 21st Century: END_OF_DOCUMENT_TOKEN_TO_BE_REPLACED 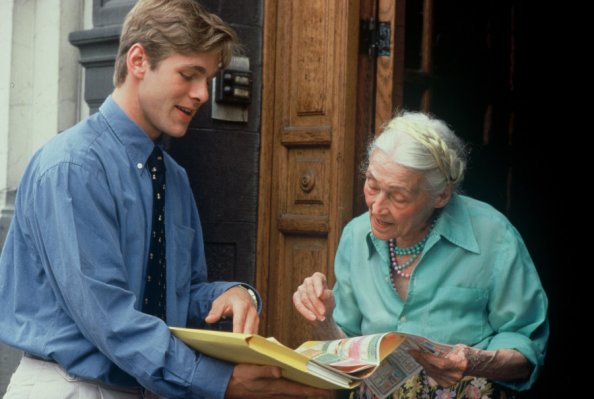 This story did not come from a climate sceptic blog, the Daily Mail, James Delingpole, The Koch Brothers or any similar source, it comes from the Green Wise Blog for business:

The Office of Fair Trading (OFT) recently reported that it has had a record 35,000 complaints to its helpline on doorstep selling. This is likely to be the tip of the iceberg as many of the victims of this sales technique are elderly, have savings, may live alone and, most pertinently, don’t know their rights, so aren’t complaining.

This is certainly the demographic that the cowboy element of the solar industry is targeting, and there have been some horror stories. Just this month I’ve heard of someone who locked herself in her bathroom while she phoned a neighbour to ask if they could come over and help her get the sales man out of the house.

Another salesman broke all the rules in the book offering discounts for signing up on the day. The final discounted price was still significantly higher than the going rate in the market.

END_OF_DOCUMENT_TOKEN_TO_BE_REPLACED

The inexorable march of shale gas in europe continues, no sooner has Britain given the green light for fracking so the German Parliament has voted by 309 against 259 to continue fracking.

But isn’t fracking according to the Greens a new and barely tried technology?

Germany has been fracking since the 1960s, without any of the often predicted Green disasters happening, after 50 years fracking is hardly an emergent technology.

Following the usual global pattern the Green Party and the Left Party tried to ban fracking in Germany: END_OF_DOCUMENT_TOKEN_TO_BE_REPLACED 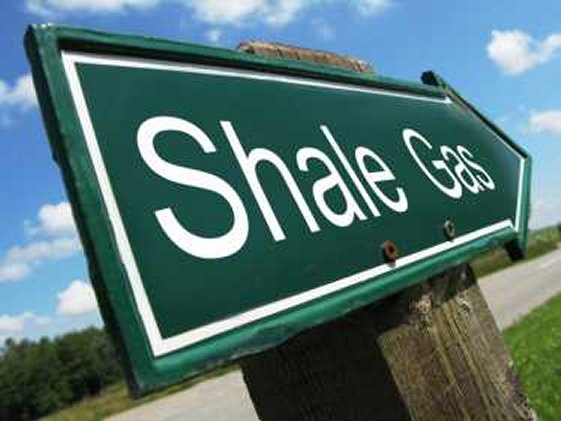 British Prime Minster David Cameron “We should take part in fracking because this might be a revolution and if we ignored it completely we could be giving our economy much higher energy prices than would otherwise be necessary.”

Finally David Cameron has broken his silence on Climate Change, after a chequered history involving bothering huskies and putting a bijou bird chopper on his roof, Dave has finally woken up to the political reality of the Green dream, it is totally unaffordable.

More importantly though, because Dave is a politician, high energy prices do not win votes or create jobs, which also win votes, once being Green was sort of a vote winner now as COP18 has demonstrated the whole AGW boondoggle is dead, and politicians have a severe aversion to hanging around dead political agendas.

The economic benefits of the shale gas revolution in the USA are well known, only in Europe have the Greens managed to delay fracking because it is not politically correct and approved Green tokenism: END_OF_DOCUMENT_TOKEN_TO_BE_REPLACED

Oleg Shamanov at COP18 trying to get the President’s attention

The outcome of COP18 did at least last a little bit longer than COP17, where just 1 day after COP17 finished, Canada exercised its legal right to withdraw from the Kyoto protocol stating that “Kyoto was not the way forward for Canada or the world“.

So it is no real surprise to learn that once again Kyoto is rapidly eroding what little COP18 achieved, which in essence was 37 countries agreeing to a non legally binding extension of Kyoto to run until 2020, not one major CO2 emitting country has signed up.

The scale of the Green defeat at Doha can be quantified by the fact that the 37 countries emit just 15% of the scary CO2 emissions, and the majority of the 15% (11%) comes from the EU block of nations.

The way that the new Kyoto texts were forced through by the COP18 President Abdullah bin Hamad Al-Attiyah at the close of the meeting is causing problems for the outcome: END_OF_DOCUMENT_TOKEN_TO_BE_REPLACED

COP18 was even by the standards of the UNFCCC, a spectacular failure, the delegates left Doha without any of the major emitters making a new pledge to cut the CO2 emissions.

There never were high expectations of COP18 producing a new binding agreement, but those attending were expecting some progress.

Instead they got absolutely nothing, and now the Green warming alarmists are in despair, no matter how loud or often they cry “Wolf”, no one listens any more: END_OF_DOCUMENT_TOKEN_TO_BE_REPLACED

COP18 The fifth UN Climate Circus failure in a row

COP18 has ended, and like its predecessors COP15, COP16, COP17 and Rio+20, COP18 has failed to achieve very much, which was frankly the expectation of both sides of the Anthropogenic Global Warming debate, before the conference even started.

Words and phrases like lame, toothless and the much used hell in a handcart have been used to describe the outcome of COP18.

So what was achieved at COP18?

Well the Kyoto Protocol will be extended until 2020, the problem being that only 37 countries out of the 194 attending signed up for the extension.

These countries are responsible for just 15% of global CO2 emissions, the treaty is not internationally binding,  so it falls far short of  the benchmark of the warming alarmists,  and it is yet another example of the totally pointless Green gesture politics that the European Union excels at. END_OF_DOCUMENT_TOKEN_TO_BE_REPLACED