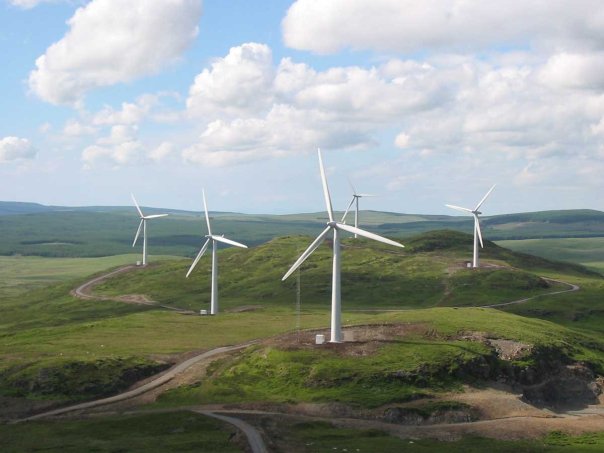 Scotland is due to hold a referendum on independence from the rest of the United Kingdom in the fall of 2014, the result of which has got the Greens and crony capitalists very worried, because it transpires that the vast majority of the Green subsidies on energy bills for Scottish renewables comes from south of the border.

Scotland’s First Minister Alec Salmond’s plan for 100% renewables for Scotland by 2020 would be doomed if the Scottish people vote for independence, because Scotland alone cannot afford the Green stupidity of Alec Salmond.

Energy specialists from 4 universities are warning Salmond of the Green consequences if Scotland decides to become fully independent:

The group of energy specialists from four universities across the UK argues that an independent Scotland would have to fund far more of the billions needed to subsidise renewable energy such as offshore windfarms and wave and tidal devices on its own, because it would lose significant financial support from consumers across the UK.

Since devolution Scotland has a great deal of autonomy, the much touted plans for Scotland’s renewable energy program never mentions that they are funded by energy bill payers in England and Wales, who are forced to pay for one man’s belief in Climate Religion, and in a devolved country at that.

No one in England and Wales voted for Salmond and the Scottish National Party,  it therefore follows that they should not have to pay for Scottish Energy Policy.

“This is because, in practice, funding a significant expansion of Scottish-based off-shore renewables under independence would lead to considerable increases in Scottish electricity prices, something that a Scottish government would find hard to sustain politically.”

Priceless, utterly priceless, yes literally, as the situation currently is Salmond,  can pursue his Green foolishness with no political backlash in Scotland because the Scottish Green Dream is funded by people who cannot vote in Scottish elections.

“The Scottish government believes the current, integrated GB electricity market should continue post-independence, as it’s in our mutual interests. Given Scotland’s vast renewable resources, with independence, it will be in the rest of the UK’s overwhelming interests to ensure support arrangements are in place to secure Scottish renewable energy.“

An independent Scotland would still be there, grasping hand outstretched for Green subsidies from England and Wales, so Salmond can pursue the folly of his Green tokenism.

There there is that other deeply inconvenient truth to deal with, the study by Professor Gordon Hughes of the University of Edinburgh, one of Britain’s leading energy and environmental economists, that proves the service life of a wind turbine is only half that of the quoted life.

So not only are Scottish renewables more expensive to develop than they are in England, Wales and Ireland, the entire stock of wind turbines will wear out 50% sooner than expected, pushing the cost of renewable energy still higher.

No prizes for guessing correctly who will pick up the bill for Salmond’s Green folly.