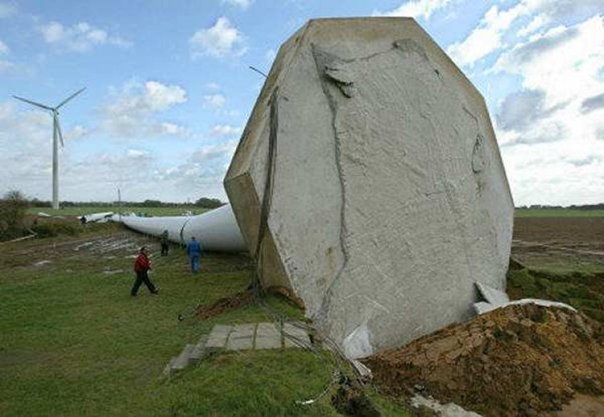 Our children will not know what a wind turbine was

Having had a month off blogging and really taking no  interest, in the news or the warming alarmists due to being very busy relocating, the decline of the AGW scam is quite amazing, when you read loads of new stories everyday you tend not to particularly notice the gradual decline, until some major event like Climategate or another UNFCC COP failure happens.

The old saying goes that a week in politics is a long time, well a month in the Anthropogenic Global Warming industry equates to several years of decline, as the move away from Green foolishness and stupidity accelerates in the last bastion of the Church of Climatology, Europe.

David Cameron and his “Greenest Government Ever” in Britain are being told to listen to Climate Change Skeptics, by none other than George Eustice MP, Dave’s very own Climate Change Adviser:

He said: “I am personally persuaded that there is a link between carbon emissions and climate change but it is essential that all perspectives in this argument are heard.

“I don’t like the way that legitimate, yet contrarian scientific opinion on the issue has been rubbished or ridiculed. Sometimes those who believe in climate change have foolishly undermined their own case.”

Eustice is like all the politicians, still hedging their political bets by saying they are personally persuaded in the existence of the big bad CO2 wolf that is so often summoned, yet never comes, while preparing to advise the British Government to implement policies that go directly against their personal persuasions, END_OF_DOCUMENT_TOKEN_TO_BE_REPLACED

I am currently relocating, so there will be a pause in posts for the next week or so, once the computers have escaped the cardboard boxes. normality will return.