COP19 Will Be The Biggest Failure Since Records Began 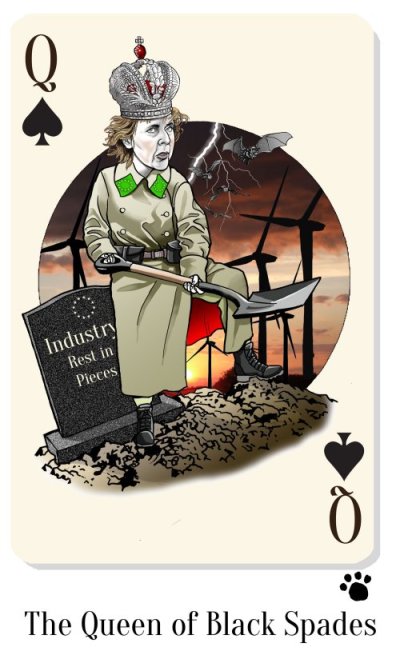 The run up to United Nations Framework Convention on Climate Change (UNFCCC) Conference of the Parties (COP) like Christmas seems to begin earlier each year, and 2013 is no exception.

Polar bears live on average between 15 – 18 years in the wild and the dead bear in question was 16 years old.

Last years COP18 meeting in Doha was the biggest COP failure yet, ever since the total failure of COP15, and Climategate in 2009 the whole UNFCCC has been in accelerating decline.

The choice of Qatar as the host nation for COP18 was a curious one from the perspective of the warming alarmist industry:

This years UN Climate Circus meeting in Doha, COP18 is a very strange beast, there is distrust of the COP18 President, the host nations stance on Anthropogenic Global Warming, Kyoto and the Long term Cooperative Action (LCA) are coming to an end with no successors likely to emerge, the Green NGOs have found out that they are now largely peripheral to the whole process and the USA has said they will not commit economic suicide by signing up to a climate deal.

COP18 ended in complete disarray and the fallout has continued ever since, Russia was unhappy with the  COP18 outcome and has since blocked UN Climate talks in Bonn.

When on day 3 of COP18, Poland was announced as the host nation for COP19 there was widespread disbelief in Green boondoggle world, Qatar’s position on the AGW scam is described as ambiguous, Poland’s position is best described as obstructive to the Green dream.

The COP19 circus is due to hit Warsaw in a little over 12 weeks and already the host nation is behaving badly:

Euro MPs and environmentalists are urging the European Commission to take rapid action to prevent Poland from building two huge new 900MW units at a coal plant, in violation of EU laws on Carbon Capture and Storage (CCS).

The Polish Prime Minister, Donald Tusk, has said that he will build the €2.7 units in Opole, even though they have not been assessed for CCS-readiness, as required by an EU directive that Warsaw currently faces infringement proceedings for defying.

The Greens and warming alarmists know all too well that if Poland faces down Brussels successfully, then every other piece of Green politically motivated legislation that the EU has imposed by edict, will be called into question.

“It is very urgent that the Commission gets active and puts some pressure on the Polish authorities to follow EU rules,” he said. “Opole is a test case for whether our policies are valid or existing only on paper.”

The problem that Hedegaard and the other Green zealots face is that Poland is just not going to play their stupid and economically crippling games:

The carbon compromise between coal and renewables – CCS technology that could one day transport and bury planet-warming emissions – is not on the Polish table.

Poland is the only EU state not to have notified the Commission of any measures it has taken to comply with the CCS directive, which compels space for future technology to be left vacant next to any new coal plants.

Two years ago, the Commission launched infringement proceedings against the coal-dependent central European country as a result.

The defiance of the Green puzzle palace in Brussels continues:

But the Polish prime minister, Donald Tusk, has made new construction at Opole a litmus of his energy policy – despite concerns about its profitability – and confrontation with Brussels seems likely.

“The government will find the funds and a way for this investment to be carried out,” Tusk said on 6 June.

Nine months earlier, Poland’s Supreme Court had ruled that Opole’s extension was legal, because the government had not written the CCS directive onto national statute.

The are a number of issues at stake here, not only for the Greens but also the EU Commissariat as a whole, the most important being how far does the writ of EU law extend.

Brussels has asked the European Court of Justice to fine Poland for not being Green, the Court has yet to reach a decision as political games are played behind the scenes to keep the Green scam alive, and the realisation that a decision against Poland would show just how many cracks have thus far been papered over.

COP19 will be held in a country whose government does not believe in Anthropogenic Global Warming and won’t impose Green taxes from Brussels on its population, when you consider how COP15 crashed and burned in Green Denmark, and then COP18 died horribly in ambiguous Qatar and that is left for the UNFCCC process is oblivion in Warsaw.

A massive thank you to Fenbeagle for the artwork after I asked him to do Comrade Connie Hedegaard as the Queen of Spades, click the link and check out Fen’s blog.