US Secretary of State John Kerry and former UK Foreign Secretary William Hague both believe that AGW is 95% human caused, yet during Hague’s tenure climate diplomacy funding was cut by 39%

This latest piece of news for Big Green is going to cause “unprecedented” levels of Green outrage and wailing, already at record levels over Australia dumping its Green carbon tax.

Now it transpire the UK has dared to cut its budget for promoting climate religion overseas by 39%, and to make matters worse, all this took place while a believer in the cult of man made climate change was Foreign Secretary.

The Greens, rent seekers and crony capitalists, sometimes called the Green Blob are shocked that these drastic cuts will shatter the UK’s image as a global leader in the fight against the non existent problem of Anthropogenic Global Warming.

One of the memes continually pushed by the warming alarmist industry is the old Liberal/Socialist myth of leading by example, we will lead the way and the rest of the population will follow inspired by the moral superiority and nobleness of our cause.

The only problem with the leading way theory is no one follows, after years of leading the way in January 2014 it dawned on European Energy Commissioner Günther Oettinger that: END_OF_DOCUMENT_TOKEN_TO_BE_REPLACED

Despite the passage of 20 Centuries the modern day rune casters are no more accurate than their distant ancestors were, the expensive and religiously revered “Computer Models” have yet to predict any event that has actually happened, yet their erroneous results still trump observed empirical evidence.

The Climate Change catastrophe is not a new phenomenon, it first appeared as we know it today in the closing years of the 19th Century: END_OF_DOCUMENT_TOKEN_TO_BE_REPLACED

A UN sponsored climate conference in Venezuela has gone badly wrong for Big Green when it ended with a declaration to dump carbon taxation and the Green economy.

These are strange times we are living through, a Green scam that once held sway over nearly all world leaders is dying, kept alive on by Green rent seekers, crony capitalists and the Greens who want to tell us all how to live our lives, their way.

Things that were unthinkable, heretical even only 2 years ago are now happening, Australia has dumped it’s wealth and job killing Green Carbon Tax.

The global Green outcry was deafening, reminiscent of 16th Century religious fervor where once the mob cried “Heretic“, “Witch” and “Denier” , er come to think of it the Green mob still cry “Denier.” During the 500 years or so that have elapsed since the 16th Century the mob have progressed to adding “Climate” as in “Climate Denier“, someone who denies there is a climate, makes about as much sense as the whole AGW boondoggle.

This latest embarrassment for the UN and Big Green comes from within, and this they most definitely will not have seen coming: END_OF_DOCUMENT_TOKEN_TO_BE_REPLACED

After years of being told, contrary to all the available evidence, that Climate Alarmism was embraced by all political spectruns, the UK Guardian now admits that the right have a problem with it.

The repeal last week of Australia’s ill conceived Carbon Tax has had the Big Green propaganda machine running around in circles trying to perform a damage limitation exercise.

The warming alarmists, Green rent seekers and crony capitalists know there is more bad news coming for their sacred Emissions Trading Systems (ETS) and Carbon taxes, New Zealand is likely to dump its ETS, one of oldest ETS in the world. South Korea is also getting cold feet about its ETS with the deputy Prime Minister Choi Kyung-hwan saying his country’s ETS was “flawed in many ways“.

The warming alarmist industry have always maintained that the irrational fear of CO2 was embraced by all political spectrums, though as time has gone by this particular Green Lie, like so many other Green lies that have come before and after it, has been shown to be just that, a lie.

The UK Guardian in a strong piece of wish projection journalism, by Gaia’s representative on Planet Earth, Damian “Head of Environment” Carrington now admit that the right have a problem with Anthropogenic Global Warming. END_OF_DOCUMENT_TOKEN_TO_BE_REPLACED

Much to the outrage of the global Green and warming alarmist cabal, Australian voters have been heard and Julia Gillard’s carbon tax consigned to the dumpster of history.

One thing you can be absolutely sure of, globally, there will be a huge number of outraged Greens and warming alarmists because Australia has dumped it’s carbon tax.

This as the saying goes really is a double whammy, Australian PM Tony Abbott is a politician who has actually kept his word and dumped the hugely unsuccessful and deeply unpopular Carbon Tax, that Labor PM Julia Gillard promised voters she would never introduce, and then promptly broke her word.

The Carbon Tax was ill conceived, it generated virtually no revenue because of its negative impact on productivity and led directly to the downfall of the Gillard Labor/Green coalition, so it wasn’t all bad really.

Alarm bells will be sounding across the Green world as those that believe that crippling Green taxation will allow the human race to select a climate of its own choosing, can see their belief system about to come crashing down. In the immortal words of EU Climate Commissar Connie Hedegaard “A world you like. With a climate you like“, delusional thinking even by 15th Century standards, frankly bizarre in the 21st Century.

The response from the Green rent seekers, crony capitalists, left wing politicians and others complicit in the AGW scam has been, well what you would expect really: END_OF_DOCUMENT_TOKEN_TO_BE_REPLACED 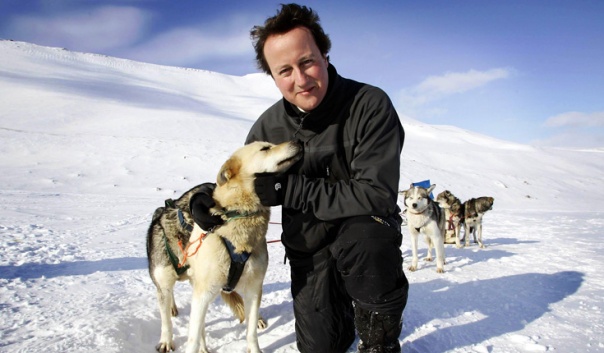 The year is 2007 and the whole world is in the grip of global warming fear, the Anthropogenic Global Warming boondoggle has almost reached its high water mark and every slimy, self serving politician across the globe is scrambling to be Green.

What is perceived to be vote winning Green tokenism runs amok, so much so that in the UK opposition leader David Cameron has a small wind turbine installed on the side of his house so the whole world can be assured of his Green credentials. This was short lived display of Dave’s Green credentials as the builders put the turbine in the wrong place and breached the planning consent as Cameron’s home is in a conservation area, it is difficult not to laugh when a stunt blows up in a politicians face.

The problem faced by all those politicians that were conned by the junk science of the warming alarmists is how to distance themselves from something voters across the western world no longer buy in to, or even worry about anymore.

No politician is ever going to hold up their hand and say “I was wrong“, instead Green issues are quietly dropped from the Agenda and the heretical voices of the non believers in Climate Religion start to be heard.

In a major Cabinet reshuffle in preparation for the forthcoming General Election, Cameron has quietly culled the believers in Climate Religion from the Government, and as to be expected the UK Guardian is outraged: END_OF_DOCUMENT_TOKEN_TO_BE_REPLACED 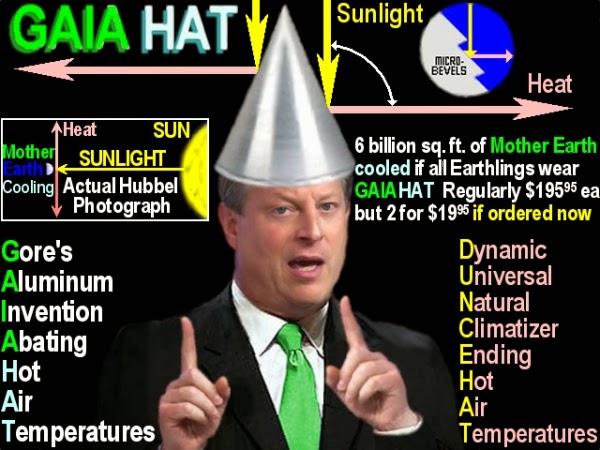 Green groups are opposing a trade deal that would improve commerce between the US and the EU which would cut tariffs and make doing business easier.

There is no doubt the entire global Green movement, sometimes called, no make that frequently called the Church of Climatology, are anti progess, anti prosperity and above all anti people. In the words of one their leading experts, Canadian environmentalists David Suzuki humans are merely maggots infesting the planet. Then there are those Greens that want to exterminate 80% – 90% of the human race to save the planet.

So it is no surprise, no make that boringly predictable that Gaia’s disciples are up in arms about the Transatlantic Trade Investment Partnership (TTIP), which is an agreement between the worlds two largest trading blocs, the US and the EU. Talks had stalled but recently have restarted and an agreement between the two trading partners is looking to be on the cards.

So how would the EU benefit from TTIP? END_OF_DOCUMENT_TOKEN_TO_BE_REPLACED