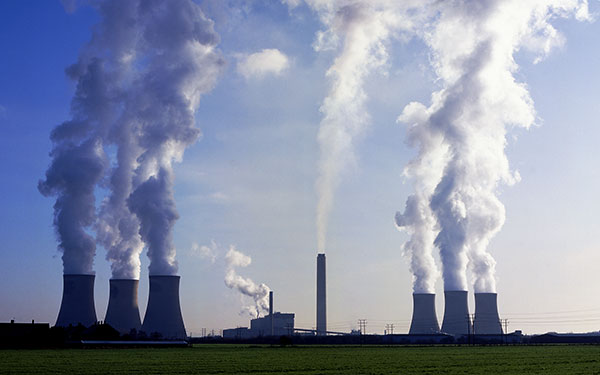 Cue picture of stream from cooling towers so often used by Big Green to illustrate CO2 emissions.  Big Green has a new online calculator that takes into account historical responsibility, sometimes call payback, for having an industrialized society

Its business as usual in Big Green world, as their Climate Religion Scam comes apart around them, the policy makers and propagandists continue to push ideas that are never going to win them new friends or stem the tide of dwindling support.

Their faith is either touching, or stupid because they still believe that their boondoggle will come to fruition in Paris in 2015, that all the countries of the world will sign up to  a legally binding climate treaty.

A key part of the climate treaty is further emissions cuts and wealth redistribution, the warming alarmists will say that wealth redistribution is a denier lie, as usual they are either wrong or lying, in the words of UN IPCC official Ottmar Edenhoffer “ we redistribute de facto the world’s wealth by climate policy.”

Wealth Redistribution or “Climate Justice” is sanitized Greenspeak, really it  is all about the 2 core left wing principles: apportionment of blame and payback.

What, using UN parlance, does an equitable solution to prevent dangerous levels of global warming look like on a country-by-country level?

Policy wonks will talk of historical responsibility, climate justice, the right to development, political will and economic capacity.

This is smoke and mirrors stuff. It’s just about who pays the most, and who cuts the most.

The difficult question is how to apportion this blame and naturally put a price on it.

While the debate rages, a team of US-based scientists and climate campaigners from the Stockholm Environment Institute and EcoEquity have attempted to bypass the political arguments by building an “equity calculator”.

Responsibility, capacity and need, in that order.

So which countries bear the responsibility for Anthropogenic Global Warming?

However Dr Pongratz emphasised that pre-industrial emissions have a much smaller effect than the carbon produced by engines.

“Looking into the past illustrates that the relatively large amount of carbon dioxide that we are emitting today will continue to have relatively large impacts on the atmosphere and climate for many centuries into the future,” she added.

It is generally thought rich countries like the UK are most responsible for climate change because they produced more emissions from the time of the Industrial Revolution onwards.

The Green payback calculator allows the user amongst other parameters to choose a Historical Responsibility start date of 1850 or 1950 or 1990.

No prizes for guessing that 1850 will be the chosen date for most Climate Evangelists and the figures make  terrifying reading for countries like the UK that led the global industrial revolution and once had a colonial empire.

The UK needs to cut its baseline emissions 94% by 2020 to pay its Climate debt:

This amounts to the complete end of all manufacturing and fossil fuel generation, a massive reduction in flying and a ban on personal transport, except for the Green elite who will continue to exploit the fossil fuels they so hypocritically claim to hate.

The picture is equally grim for the US with a 74% reduction:

That is just payback by another name.