COP19 And The Climate Of Blame, Connie Hedegaard Damaged COP15 And COP19

One of the joys of the failure of any socialist scheme is the apportionment of blame for the failure, every scheme needs a Stalin style scapegoat for when it all goes to hell in a handcart.

Enter the new Green scapegoat blamed not only for the failure of COP19, but COP15 as well, the one and only EU Climate Commissar Connie Hedegaard.

In an amusing and ironical twist Comrade Connie, a great exponent of the junk science of attribution where by everything that has ever happened, might happen or will happen is attributed to Anthropogenic Global Warming, is now having the same attribution logic applied to her.

Only in this case it is a brand new branch of Green science that evolved during the latter stages of COP19, the attribution of COP failure: END_OF_DOCUMENT_TOKEN_TO_BE_REPLACED

UNFCCC – The World Will Never Reach A Climate Deal 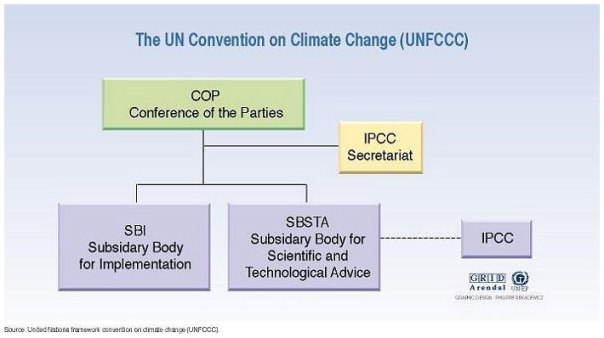 The structure of the UNFCCC Climate Change scam

The Anthropogenic Global Warming industry and it’s scammers and rent seekers are in serious trouble, and what is more even they can now smell the coffee.

The IPCC will be publishing its fifth assessment report (AR5) on September 27th and the report is going to do more damage to the warmists claims of impending environmental Armageddon. Damage limitation exercises are underway with Green propaganda outlets like the Guardian running stories about the 5 stages of Climate Denial and ad hominem attacks on journalists in the Telegraph and Daily Mail.

EU Climate Commissar Connie Hedegaard is spouting the meme that even if the science is wrong then it should still be business as usual for the Big Green money making machine. Comrade Connie pragmatically thinks that wasting £174 billion every year for a problem that does not exist makes complete sense.

Now the dawn of realisation that the scam is over has hit the UNFCCC, Halldor Thorgeirsson a senior director: END_OF_DOCUMENT_TOKEN_TO_BE_REPLACED

The Fossil of the Day award presented at UNFCCC COP meetings by the Climate Action Network to countries that have failed to adopt Climate Religion as fiscal and political policies.

The world 5 years ago was a vastly different place than it is today, fear of Anthropogenic Global Warming was  still in the ascendancy, Al Gore and Rajendra Pachauri were taken seriously, fawning Liberal politicians hang on their every word, Green NGO’s like Greenpeace, WWF and FoE have the ear of politicians and their Green propaganda is included in IPCC Assessment reports as observed scientific fact.

The outcome of COP14 was as always with COP meetings the gateway to the big deal on Climate that was going to happen at the next COP meeting, in this case COP15 in Copenhagen.

As COP14 progressed there was no sign on the horizon of the gathering storms clouds of Climategate, the Greens, warming alarmists and Liberals were confident, the election of the Boy King Obama in the US was going to bring the impetus to force through the climate deal in Hopenhagen.

The Friends of the Earth International website for that day is upbeat and full of optimism: END_OF_DOCUMENT_TOKEN_TO_BE_REPLACED 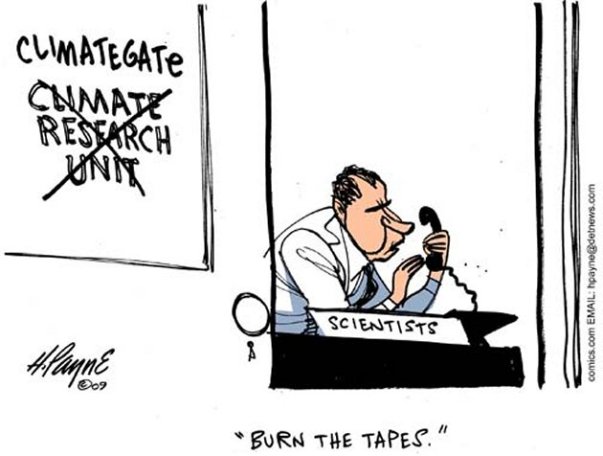 Norfolk Police have been investigating Climategate, the leaking of emails from the Climate Research Unit at the University of East Anglia in November 2009.

Climategate did a huge amount of damage to the warming alarmists and the UN with their Agenda 21.

Now after 3 years Norfolk Police have closed their investigation into the leaking of the CRU emails: END_OF_DOCUMENT_TOKEN_TO_BE_REPLACED

The Secret Life Of Climate Researchers

The final episode of the BBC’s Frozen Planet documentary has caused controversy on both sides of Anthropogenic Global Warming argument, so this blog from IowaHawk written in the style of a wildlife documentary hits the nail on the head:

Our very planet depends on them. Yet they remain nature’s most elusive scientific species, inhabiting some of the world’s most delicate and daunting academic environments. But thanks to new breakthroughs in high speed cameras and email files, metascientists are finally beginning to understand their mysterious behaviors and complex social interactions. Tonight on Iowahawk Geographic: step inside the Secret Life of the Climate Researchers.

END_OF_DOCUMENT_TOKEN_TO_BE_REPLACED

Michael E Mann And The Hockeystick That Turned Into A Boomerang

If Mann’s hidden data, once exposed, is shown to be flawed it will not only discredit a cornerstone of global warming ‘science’ but will expose Mann to possible criminal charges for fraud over his hyped up man-made global warming claims.

Michael E Mann creator of the fantasy hockey stick that is a corner stone of the Church of Climatology, arrogantly thought that the whitewash inquiry that Penn State conducted into his scientific methods, post Climategate was the end of the story and it would be business as usual in the Anthropogenic Global Warming fear industry.

The change in the balance of power in the US House of Representatives last November was a signal for fear to start spreading through the warming alarmist community, which must have been an usual experience for those used to spreading fear.

The net is closing on Penn State and Michael Mann, who after a last ditch desperate legal battle to keep his calculations secret, has now been ordered by a Court to release the information within 90 days: END_OF_DOCUMENT_TOKEN_TO_BE_REPLACED

This post was originally going to have the title “IPCC – Is Rajendra Pachauri Full Of Shit?”

Punchy and possibly faintly amusing, the problems here are two fold, in the first instance it’s largely rhetorical and secondly Al Gore has cornered the market on fecal matter derivatives and Globull Warming.

In common with the vast majority of those employed at the IPCC, their Leader Dr Rajendra Pachauri is not a Climate Scientist, neither is he unbelievably a researcher for Greenpeace or the WWF, he is in fact a Railway Engineer who has presided over one of the biggest scientific scams since Piltdown Man: END_OF_DOCUMENT_TOKEN_TO_BE_REPLACED

Polar bears barbecuing a penguin, makes about as much sense as the Church of Climatology

One of the most amusing things about any repressive ideology in decline, be it communism, Nazism or in this case the Church of Climatology, is the guaranteed way that as the whole church of cards comes tumbling down the followers will inevitably turn on each other.

Polarbeargate is proving to be another major embarrassment for the warming alarmist believers, there are a number of different stories as to why Charles Monnet has been suspended, though the revelation  that Monnets wife peer reviewed his 2006 paper on Polar Bears drowning follows the usual farcical pattern of Climate Religion science,  is hardly breaking news.

The latest twist in the death throes of the Warming Alarmist Religion is bizarre to say the very least and more than slightly sinister as it is now Politically Incorrect to interpret or analyze data that denies Anthropogenic Global Warming.

Physicists at the CERN Lab in Geneva were ordered not to draw conclusions from yet another study that proves that the Sun, not man, drives Climate Change.

Any conclusion from any study must always have the same answer Climate Change is man made, any conclusion to the contrary is not Politically Correct: END_OF_DOCUMENT_TOKEN_TO_BE_REPLACED 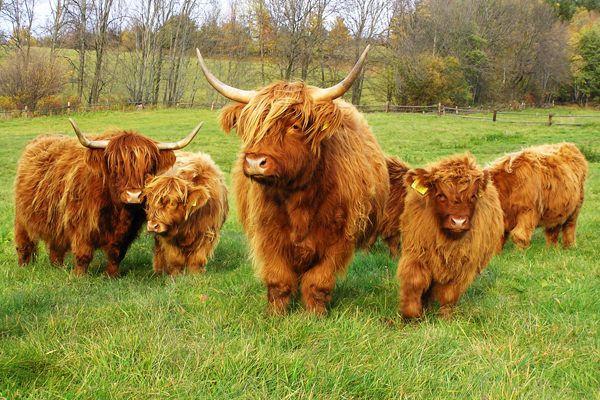 Cattle have four times the emissions of chickens, yes really

It would appear that cattle have four times the emissions of chickens, firstly like the carbon footprint of a joint Aardvark never thought in a million years that he would write that, now the comparison between the emissions of farm animals.

The whole global warming scam just becomes more surreal and bizarre as everyday a new NGO of the self appointed moral guardians of what we should or should not do, spout endless bullshit about a new aspect of our lives they seek to control.

The latest to jump on the global warming bandwagon just as the wheels have come off are the US Environmental Working Group who compare carbon emissions of food with car emissions, Aardvark did say this was becoming surreal: END_OF_DOCUMENT_TOKEN_TO_BE_REPLACED