As Britain struggles under the weight of debt from the profligate spending of the worst Chancellor of the Exchequer and the worst Prime Minister in 300 years Gordon Brown, a new book says that Brown has been stewing in a pot of righteous indignation garnished with delusional thoughts of him saving the world, again.

Brown slithered out from underneath his rock in August to launch a diatribe of lies against News International and to let everyone know that he, Gordon Brown was right about everything and everyone else was wrong.

Now a new book Brown at Number 10 by Anthony Seldon and Guy Lodge reveals more about the most damaged personality to become PM since the end of World War 2: END_OF_DOCUMENT_TOKEN_TO_BE_REPLACED

A letter criticising Brown’s ill thought out and unfunded social care plans, published in the The Times was signed by 5 Labour controlled councils.

With the swiftness of Stalin responding to a coup, Brown acted and the Labour Councils withdrew their names from a campaign against Brown’s plans.

The row over Gordon Brown’s social care plans intensified last night when it emerged that five Labour councillors were put under pressure to withdraw their names from a campaign against his pledge to help the elderly.

All five Labour authorities that signed a letter to The Times criticising Mr Brown’s free home care idea as flawed and unfunded issued retractions within hours of the Department of Health learning of the existence of the letter. It also emerged that Downing Street knew of the operation to silence the Labour councils. END_OF_DOCUMENT_TOKEN_TO_BE_REPLACED 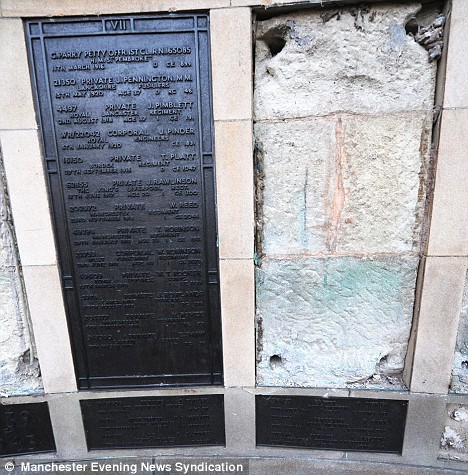 It was with great sadness that Aardvark heard today that the war in Afghanistan has now claimed as many lives as did the the Falklands War.

Last November there was a great deal of public outrage and upset over a low life scumbag and general piece of shit called Phillip Laing who was photographed urinating on a war memorial.

Now what sort of society breeds parents that could not instill the correct sense of respect and standards of behaviour in their children?

How did an education system that shaped this person fail in a similar manner to the parents?

The vandalisation of war memorials is a depressingly common event with 57 reports in the last year writes Conservative MP David Burrows on the Blue Blog:

Last week I had the opportunity to introduce a Desecration of War Memorials Bill. The aim of this Bill is to toughen up sentencing for those who desecrate war memorials to properly reflect the seriousness of the crime they commit. END_OF_DOCUMENT_TOKEN_TO_BE_REPLACED