Britain “The Era Of Constant Electricity At Home Is Ending”, National Grid Chief

Domestic power cuts to be a feature of every day life

There is something very,very wrong with this Coalition Government and it’s energy policies, the evidence continues to mount from around the world that wind power, quite simply does not work for a wide range of reasons: too much wind, too little, the turbines are frozen.

Again and again blogs and MSM outlets have pointed out that Chris Huhne will cause Black Out Britain and still blinded by the light of Climate Religion Dave and the Huhnatic are hell bent on Blackout Britain, and it’s not just Climate Realists who say this: END_OF_DOCUMENT_TOKEN_TO_BE_REPLACED

Chris Huhne The Climate Nut Who Will Cause Blackout Britain 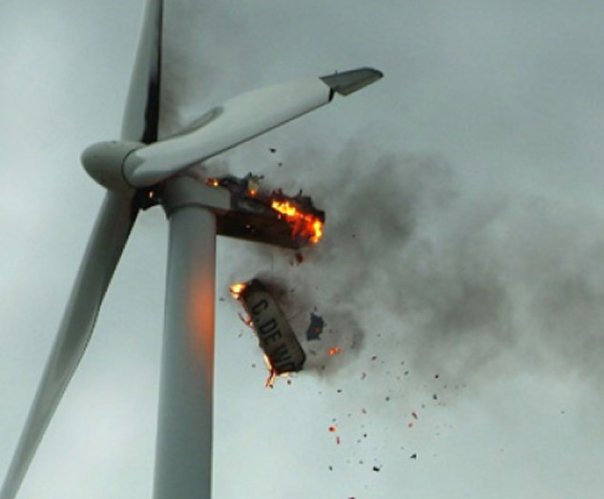 Why does it take politicians so long to catch up with the real world?

One politician who lags far behind the practical relalities of his beliefs is Chris Huhnatic, a man so wedded to Climate Religion that he is willing to jepordaise the energy security of Britain, in pursuit of the Holy Grail of windfarms. So blinkered is Huhnatic in his desire for wind power, he has overlooked the key ingredient in the whole scheme, wind or rather the the increasing lack of it.

This should hardly be news to Huhnatic, as his own depatment published a report showing 12% Fall In UK Renewable Energy Production in October 2010.

The week previous to the report Huhnatic, opened a giant windfarm at Thanet, hailing it as the way forward for electricty generation. A week later his own department publishes a report that wind speeds are declining, which leaves Aardvark wondering if Huhnatic is badly briefed by his staff, or if Huhnatic is so blinded by Climate Relgion that his judgement is impaired. END_OF_DOCUMENT_TOKEN_TO_BE_REPLACED