Now About The Coming Ice Age 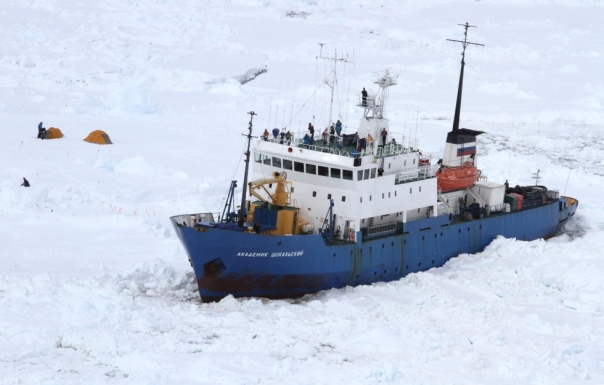 The MV Akademik Shokalskiy aka Ship of Fools icebound in Antartica. Expedition leader Chris Turney apart from being a warming alarmist scientist also has business interests in a company called Carbonscape which promotes Green products.

The whole world has had a chance to have a long laugh at the antics of a bunch of warming alarmists scientists and Green propagandists from the BBC and The Guardian getting trapped in Antarctic sea ice.

The stupidity and religious belief in their own propaganda got these Green fools into a mess of their own making, which has happily ended with no loss of life or injury, just a huge amount of carbon pollution from dirty ships bunker fuel, and aviation emissions from the Chinese helicopter that rescued the fools.

The explanations as to why the ice was so thick have ranged from the ludicrous “Sea ice is disappearing due to climate change but here it is building up“, once the global laughter had died down Turney admitted it was weather not climate that had caused the huge build up in Antarctic sea ice.

So the big question is are we headed for a new ice age? END_OF_DOCUMENT_TOKEN_TO_BE_REPLACED