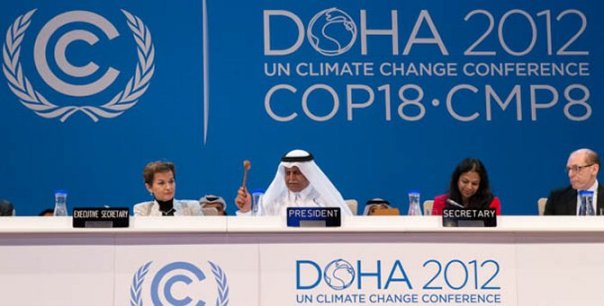 COP18 The fifth UN Climate Circus failure in a row

COP18 has ended, and like its predecessors COP15, COP16, COP17 and Rio+20, COP18 has failed to achieve very much, which was frankly the expectation of both sides of the Anthropogenic Global Warming debate, before the conference even started.

Words and phrases like lame, toothless and the much used hell in a handcart have been used to describe the outcome of COP18.

So what was achieved at COP18?

Well the Kyoto Protocol will be extended until 2020, the problem being that only 37 countries out of the 194 attending signed up for the extension.

These countries are responsible for just 15% of global CO2 emissions, the treaty is not internationally binding,  so it falls far short of  the benchmark of the warming alarmists,  and it is yet another example of the totally pointless Green gesture politics that the European Union excels at. END_OF_DOCUMENT_TOKEN_TO_BE_REPLACED 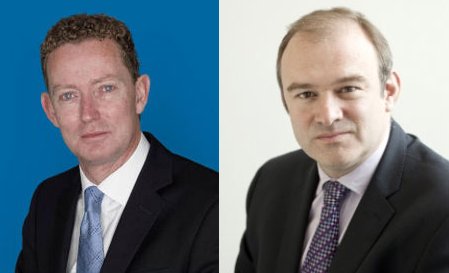 There has been no warming for 16 years, a fact that even the UK Met Office cannot spin out of existence, yet for some people wedded to a belief system or a Liberal we must be fair and it makes me feel good to be equitable mindset, we live in an ever warming world where by 2050 we will all be as crisp as toast or the remnants of humanity will be fighting for the last place on Mount Ararat as the global sea levels rise 100’s of feet.

This is the sort of behaviour we have grown to expect from the Green NGOs like Greenpeace, WWF and FoE, it is par for the course, the problem begins when there are government ministers who think like this and they then give away billions of pounds that Britain does not have, to solve a problem that does not exist.

A UNFCCC Conference always brings out the staunch believers in Climate Religion, these days a dwindling band, but make no mistake there are still some people in the process who wield power and have the ability to  waste tax payers money on their pet crusades: END_OF_DOCUMENT_TOKEN_TO_BE_REPLACED

Russia has always played a cynical game in the Climate Change scam, although a massive exporter of fossil fuels, mainly natural gas, Russia has been Green when it was politically and commercially expedient to be Green.

Take for example the sudden Greening of Russia when it comes to fracking in Eastern Europe, the reason for the opposition to Polish shale gas extraction is that the Russian energy Gazprom will see a decline in profits as countries produce their own gas much more cheaply, and Russia will lose political influence and not be able to force its political and economic will on other countries by turning off the gas, like Russia did to the Ukraine in 2009.

Playing the game expertly as ever, Russia at the failed Rio+20 Earth summit in June announced a 25% emissions cut target: END_OF_DOCUMENT_TOKEN_TO_BE_REPLACED

COP18 is barely 1 day old and already paranoia, mistrust and loathing are stalking the corridors.

The UNFCCC COP18 opened in Doha today, though the event passed with hardly a mention from most MSM outlets, the Guardian of course rallied to the cause with 2 posts, the first  a diatribe of loathing about rich countries and the west, the other was pushing for something that always quickens the pulse, and sets the knees trembling of the average warming alarmist, a new Green tax, this time on emissions from ships.

COP18 is a curious beast, there is no doubt that attendance is down from previous COPs like COP15 in Copenhagen, then there was the very strange announcement from COP18 President Abdullah bin Hamad Al-Attiyah earlier this month that “Shale Gas was good for the world“.

The Green NGOs like Greenpeace, WWF and FoE have already picked up on the Shale Gas statement and are crying about it, then there is the internecine fighting between various factions of the warming alarmists none of which is leading to an atmosphere of trust and goodwill for the negotiations: END_OF_DOCUMENT_TOKEN_TO_BE_REPLACED

COP18 – Time Is Running Out So Give Us All Your Money

The 18th United Nations Climate Change Conference COP18 started today with a call for action on Climate Change by the COP18 President Abdullah bin Hamad Al-Attiyah, though there is little expectation of anything concrete coming out of COP18. COP18 with follow on the failures of COP15, COP16, COP17 and this years Rio+20 Earth Summit failure.

The Big Green propaganda machine has just gone into overdrive with the same usual worn out memes, sound bites and lashings of guilt for the industrialised nations, for being,  industrialised.

A fine example of someone who pushes their chest full of unexplored ideas is John Vidal at the Guardian, a journalist for whom thinking anything through is an anathema: END_OF_DOCUMENT_TOKEN_TO_BE_REPLACED