Day 2 of the COP15 farce and the cracks are appearing faster than limos on the streets of Copenhagen.

Then there is the so called Danish text which made a brief appearance in a news report yesterday, and now like Climategate is assuming a life of its own.

“The UN Copenhagen climate talks are in disarray today after developing countries reacted furiously to leaked documents that show world leaders will next week be asked to sign an agreement that hands more power to rich countries and sidelines the UN’s role in all future climate change negotiations”
“The agreement, leaked to the Guardian, is a departure from the Kyoto protocol’s principle that rich nations, which have emitted the bulk of the CO2, should take on firm and binding commitments to reduce greenhouse gases, while poorer nations were not compelled to act. The draft hands effective control of climate change finance to the World Bank; would abandon the Kyoto protocol – the only legally binding treaty that the world has on emissions reductions; and would make any money to help poor countries adapt to climate change dependent on them taking a range of actions.”

This a curious document to have been prepared, no UN and having Climate Change finance, and by that effective control done by a bank.

There is so much double-dealing and smoke and mirrors with warmists it’s starting to look more like total anarchy than a summit; at best the messages are confused or is that confusing?

The questions raised by Climategate gather even more force as 141 Scientists ask the UN (IPCC) for convincing evidence, in a open letter to Ban Ki Moon: END_OF_DOCUMENT_TOKEN_TO_BE_REPLACED 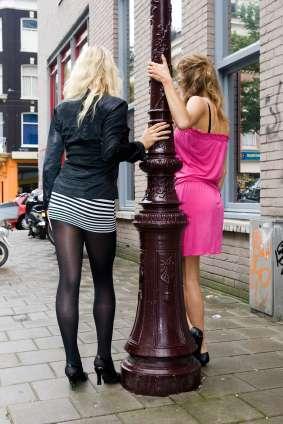 Following a row between the Mayor of Copenhagen and the city’s sex workers Copenhagen hookers are offering free sex to Climate Summit delegates.

The Mayor sparked off the row with a postcard included with hotel bookings asking delegates not to buy sex, the hookers have responded by offering free sex to anyone producing one of the postcards or a COP15 identity card.

Limos, free hookers wonder who is laying on the cocaine and the champagne. 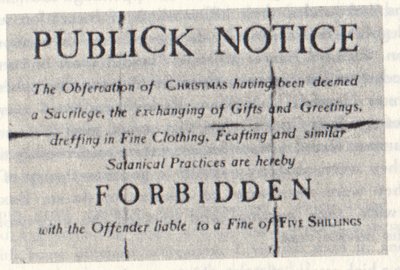 COP15 is underway and the eco-mentalists and lying scientists are trying hard for their 15 minutes of fame.

Latest news from Copenhagen is that the organisers have banned Christmas: END_OF_DOCUMENT_TOKEN_TO_BE_REPLACED 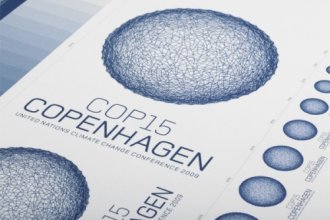 Such is their zeal that it is pointless confusing them with facts, because their minds are made up.

Maybe on the next census, Climate Change will become a recognised religion.

Unless we combine to take decisive action, climate change will ravage our planet, and with it our prosperity and security. The dangers have been becoming apparent for a generation. Now the facts have started to speak: 11 of the past 14 years have been the warmest on record, the Arctic ice-cap is melting and last year’s inflamed oil and food prices provide a foretaste of future havoc. In scientific journals the question is no longer whether humans are to blame, but how little time we have got left to limit the damage. Yet so far the world’s response has been feeble and half-hearted.

A large body of scientific opinion, shouted down by the AGW zealots, says the planet has been getting cooler every year since 1998.

In scientific journals the question is no longer whether humans are to blame, they are very big questions about the validity of the data and investigations are under way about the data, and the methods of leading Climate Change scientists like Michael Mann are also under investigation.
There there is the very tenuous link between fuel prices and Climate Change, the politics of fear and suspect science in action.

Half of all species could become extinct, untold millions of people would be displaced, whole nations drowned by the sea. The controversy over emails by British researchers that suggest they tried to suppress inconvenient data has muddied the waters but failed to dent the mass of evidence on which these predictions are based.

The usual attempt to play down Climategate; the scandal of the CRU emails has not failed to make a dent in AGW, it has driven a large wooden stake into the heart of AGW.

Few believe that Copenhagen can any longer produce a fully polished treaty; real progress towards one could only begin with the arrival of President Obama in the White House and the reversal of years of US obstructionism. Even now the world finds itself at the mercy of American domestic politics, for the president cannot fully commit to the action required until the US Congress has done so.

A big dig a democracy, they are unhappy that Obama cannot ride roughshod over the US people because of an inconvenience to the Climate fascists called Democracy. No mention of AGW evangelist and lie spreader Al Gore cancelling going to Copenhagen.
Interesting how they note that Copenhagen is doomed with a mention of “a fully polished treaty” END_OF_DOCUMENT_TOKEN_TO_BE_REPLACED 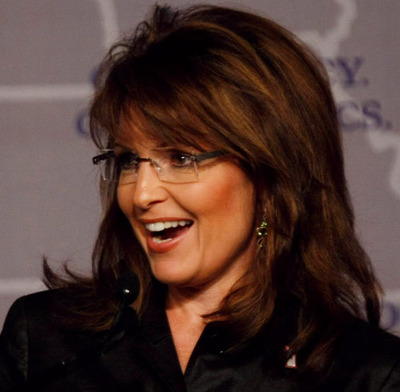 Former Republican Vice-Presidential candidate Sarah Palin has some sensible advice for Obama on her Facebook Page about the Copenhagen summit.

The president’s decision to attend the international climate conference in Copenhagen needs to be reconsidered in light of the unfolding Climategate scandal. The leaked e-mails involved in Climategate expose the unscientific behavior of leading climate scientists who deliberately destroyed records to block information requests, manipulated data to “hide the decline” in global temperatures, and conspired to silence the critics of man-made global warming. I support Senator James Inhofe’s call for a full investigation into this scandal. Because it involves many of the same personalities and entities behind the Copenhagen conference, Climategate calls into question many of the proposals being pushed there, including anything that would lead to a cap and tax plan.

Policy should be based on sound science, not snake oil. I took a stand against such snake oil science when I sued the federal government over its decision to list the polar bear as an endangered species despite the fact that the polar bear population has increased. I’ve never denied the reality of climate change; in fact, I was the first governor to create a subcabinet position to deal specifically with the issue. I saw the impact of changing weather patterns firsthand while serving as governor of our only Arctic state. But while we recognize the effects of changing water levels, erosion patterns, and glacial ice melt, we cannot primarily blame man’s activities for the earth’s cyclical weather changes. The drastic economic measures being pushed by dogmatic environmentalists won’t change the weather, but will dramatically change our economy for the worse.

Policy decisions require real science and real solutions, not junk science and doomsday scare tactics pushed by an environmental priesthood that capitalizes on the public’s worry and makes them feel that owning an SUV is a “sin” against the planet. In his inaugural address, President Obama declared his intention to “restore science to its rightful place.” Boycotting Copenhagen while this scandal is thoroughly investigated would send a strong message that the United States government will not be a party to fraudulent scientific practices. Saying no to Copenhagen and cap and tax are first steps in “restoring science to its rightful place.”

The traditional left of centre Mainstream Media dont like Sarah Palin as was seen during the 2008 US Presidential campaign where every attempt was made to smear her, her family and her record as Governor of Alaska.

Unfortunately for the US Media Sarah Palin is a folk hero to large swathes of middle American and has the potential to be the next Ronald Regan, her comments on Climategate are considered, well balanced and reasonable.

There are many questions to be answered about the Climate Change data, the methodology the scientists used; enough questions that would make any sensible well balanced person step back and re-evaluate the data and the conclusions.

It seems to be mainly in Europe where there is this evangelical crusade to steam roller through a treaty based on fraudulent data led by Gordon Brown and the EUSSR who now own this country after the sell out of no referendum on the Lisbon Treaty.

The big question remains why do they want an agreement based on discredited data at any price? 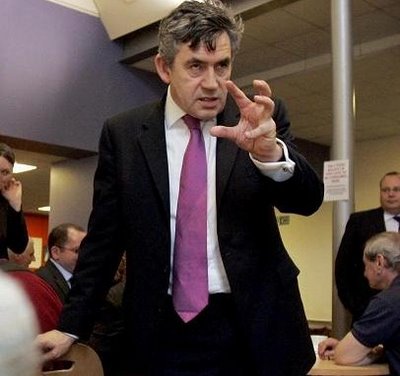 No one has ever accused the Prime Mentalist of being in touch with public opinion and today Brown once again proved the point.

50 Days To Save The World; Now Britain Says No Climate Treaty At Copenhagen Summit

50 days to save the world said the Prime Mentalist or we are doomed, aye doomed I tell ye.

Now Government officials say there is no chance of a Climate Change Treaty in Copenhagen so once again we are left wondering did Gordon Brown overstate the case, also known as lying or are we really all doomed now there will be no deal.

Having already saved the world financially, another lie, we now have the most blatantly accomplished liar spreading a lie for taxation and more social engineering.

So committed to the Climate Change Lie are Labour that the rest of the world is in no hurry to destroy their economy in the way that Labour are willing to do.

Yesterday the Energy and Climate Change Secretary, Ed Miliband, said that although talks were “moving slowly and not going well”, he still thought it possible that the US would agree to such a deal next month.

It’s possible Aardvark could win the lottery, but is it probable? No not really. Infinite monkeys and Shakespeare spring to mind.

Meanwhile the greatest proponent of the Climate Change Lie soon to be carbon billionaire and maker of comedy Climate Change films Al Gore admits he got it wrong.

Superb we are being led globally back to the stone age by a fool and a bunch of liars.