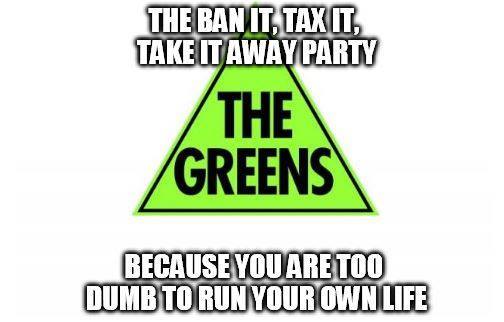 If 2013 was the worst for the Big Green Machine since records began, then 2014 is rapidly shaping up to be an even worse year with the Green decline slipping into hyper drive as more politicians run away from the Green Agenda.

There have been far too many Green stories to write about all of them so here goes with a weekly roundup.

First off the blocks is Christiana Figueres head of the United Nations Framework Convention on Climate Change (UNFCCC) who thinks that the only answer to stop the global warming that isn’t happening is Communism. Figueres is a long time communist and protegé of the late Hugo Chavez, and was among those that cheered Chavez’s infamous COP15 silent and terrible ghost in the room speech which referred to capitalism and democracy.

Being Green is all about blame and fear, blaming someone or something so that you have something to fear, bread and butter to the warming alarmist industry. So no surprises then in a new Green report they have finally decided on a country to blame for Global Warming END_OF_DOCUMENT_TOKEN_TO_BE_REPLACED