Fear And Loathing In Obama Land

The Clinton's prepare the death blow for Obama

Hunter S. Thompson most famous for Fear and Loathing in Las Vegas, wrote many other works, among them a book called The Great Shark Hunt which covered a range of political issues including Jimmy Carter and cocaine. Jimmy Carter had been reckoned to be the worst and dumbest US President of modern times, until a certain Barack Hussein Obama became US President.

Remember how the political sharks sensing the blood of Gordon Brown in the political waters began to circle until they realised they were not sharks, as sharks have a backbone which is not an accusation that could be levelled at any of Gordon Browns cabinet colleagues. Politicians are little different to sharks in behaviour or outlook, the big difference is the sharks in the USA have backbone and balls.

Does Sarah Brown think she is Hilary Clinton?

Interesting question, does the Prime Mentalist’s wife believe that she and Gordon are some sort of political dynasty? 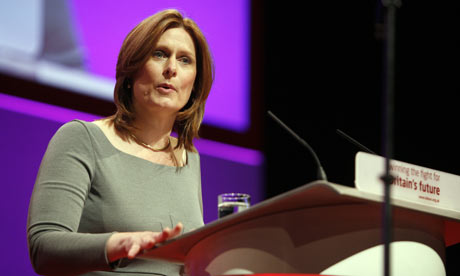 Sarah Brown next leader of the Labour Party

Bill Clinton despite the odd incident with cigars and the infamous blue dress was perceived largely by the US electorate as a reasonably good president. Even with a head start like that Hilary Clinton was never going to be the first female President of the USA, quite simply because of the position her husband held. She is quite frankly always in his shadow as her recent outburst showed when Clinton got the journalists out of North Korea.

Sarah Brown is starting from the “pit lane”; just as Bill Clinton is damaging to Hilary, Gordon Brown and his much lampooned failures in leadership and economics will prove to be something between a dead albatross and a bad smell to any political ambitions Mrs Brown may have.
Despite becoming the new champion of Gay Rights, (she was behind the apology to Alan Turing that Brown recently issued) she faces an uphill struggle to shake off the legacy of Jonah Brown.