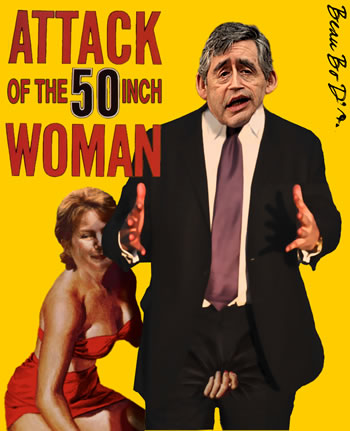 How much better can it get?

Bigotgate, McCarthy breaking election laws yesterday, today the disaster that was Labour’s poster accompanied for once by a real, not metaphorical car crash; Aardvark is pleased to hear that no one was seriously hurt in the Golf and dustcart.

Saturday’s dose of joy comes in the form of one malevolent and avaricious house flipping ginger chipmunk also know as Hazel Blears.

Since being disgraced Blears has largely dropped off the national press radar, but thanks to the Salford Star Aardvark has been able to keep an eye on the Blears.

At the start of the campaign the Salford Star has this to say:

At a stormy public Question Time at Salford Arts Theatre last night, Hazel Blears accused the media of lying about her during the expenses scandal. The Salford MP said “There’s an awful lot that’s been reported in the papers that is simply not true.” END_OF_DOCUMENT_TOKEN_TO_BE_REPLACED