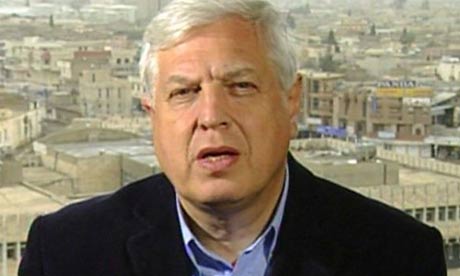 From time to time there is someone in the world of politics, media or warming alarmism that really makes a complete twat of themselves, not on a every day scale but total and utter twatishness on a Gordon Brown or 10:10 scale.

November is going to be a month of fierce competition for the Twat of the Month award, with the US mid term elections and the COP16 hooker fest in Cancun everyone from Nancy Pelosi, Chris Huhne to Al Gore could be in the frame.

But then a reasonably well known journalist used to living off the tax payer makes a play with a statement so Twatish that several twats have downgraded themselves to village idiot, so embarrassed are they.