2012 US Drought Was Not Caused By Climate Change 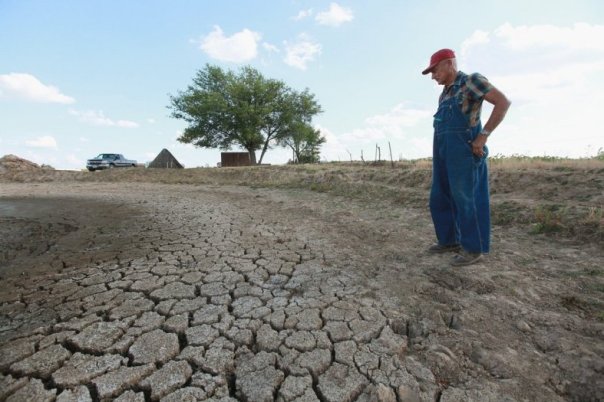 The summer of 2012 was one of the worst droughts in US history, Barack Obama and other prominent Greens said the drought was caused by Global Warming.

The summer of 2012 was one of the hottest on record, America’s corn belt was parched dry, frequent comparisons were to made to the Dust Bowl disasters of the 1930s, but unlike the 1930s this modern drought was hailed as further proof of the hand of man influencing the climate.

The Boy King Obama, facing re-election in November 2012 immediately attributed the drought to Anthropogenic Global Warming, the usual Green suspects rallied around the king, who then received even more support for his theory from such Hollywood scientific luminaries as Bette Midler, the guy with the squeaky voice, what’s his name, oh yeah Matt Damon and Barbra Streisand to name but a few.

So the stage is set, the good and the Green have written the script,  another weather event caused by CO2 and man, further proof of man made climate change, but was the 2012 US drought really caused by Anthropogenic Climate Change? END_OF_DOCUMENT_TOKEN_TO_BE_REPLACED