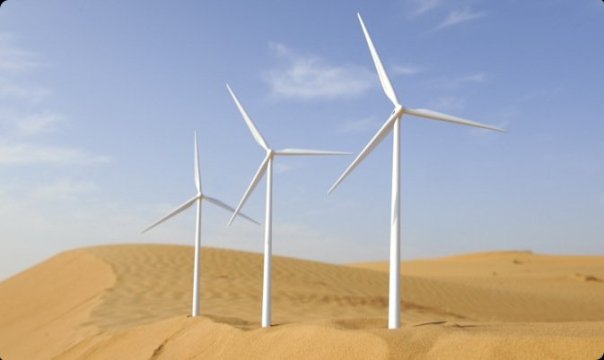 According to a new report by Professor Benjamin Sovacool of Denmark’s Aarhus University unless the word moves to all wind solar there will be global drought by 2040.

The continued disintegration of the Climate Weirding industry is picking up speed as another corner stone of the scam, scientific consensus shatters.

A new survey of over 1000 earth scientists shows that only 36%, agreed with the UN Intergovernmental Panel on Climate Change (IPCC) that humans are main the cause of the non existent global warming.

The warming alarmist response was the usual scream of outrage and then tenuous reasons were offered as to why the earth scientists were not representative of science at all. It cannot be long until roaming squads of Green Feldgendarmerie are hanging traitorous scientists from lamp posts, until all that is left are the 76 scientists that form the mythical 97% consensus.

Running hand in hand with the vicious and vitriolic of course is the patently ludicrous, is this case, a report about fossil fueled electricity generation causing the world to run out of water by 2040.

The author fails the Green test of impartiality, but why worry about double standards when your noble cause is saving the world, the end justifies the means as the saying goes.

The world risks an “insurmountable” water crisis by 2040 without an immediate and significant overhaul of energy consumption and demand, a research team reported on Wednesday.

“There will be no water by 2040 if we keep doing what we’re doing today,” said Professor Benjamin Sovacool of Denmark’s Aarhus University, who co-authored two reports on the world’s rapidly decreasing sources of freshwater.

Professor Sovacool is indeed a professor, a professor of social sciences not an earth scientist and not a geologist, Sovacool is also Director of the Danish Center for Energy Technology, which is working for future energy supplies provided solely by renewables. So no conflict of interest there then.

“If we keep doing business as usual, we are facing an insurmountable water shortage — even if water was free, because it’s not a matter of the price,” Sovacool said. “There’s no time to waste. We need to act now.”

Other forms of electricity generation like fossil fuel and nuclear need huge amounts of water according to the report, exactly how much would interesting to know.

The reports, Capturing Synergies Between Water Conservation and Carbon Dioxide Emissions in the Power Sector and A Clash of Competing Necessities: Water Adequacy and Electric Reliability in China, India, France, and Texas and published after three years of research by Aarhus University, Vermont Law School and CNA Corporation, show that most power plants do not even log how much water they use to keep the systems going.

The power stations do not keep records of the amount of water used so how can this report have anything other than the usual Green doom laden guesstimates as to how much water is actually used?

“It’s a huge problem that the electricity sector do not even realize how much water they actually consume,” Sovacool said. “And together with the fact that we do not have unlimited water resources, it could lead to a serious crisis if nobody acts on it soon.”

So quantify the problem, oh they can’t, the only option left then is to howl wolf:

Unless water use is drastically minimized, the researchers found that widespread drought will affect between 30 and 40 percent of the planet by 2020, and another two decades after that will see a severe water shortage that would affect the entire planet.

To summarize “We do not how much water is being used, but it is being used by politically incorrect fossils fuels so dramatically reduce what you are using even though we don’t know how much that actually is“.

The usual Liberal/Green formula of invent a crisis and then provide a solution to their manufactured crisis. see if you can guess the solution for this crisis given Sovacool’s Green impartiality:

The research says that utilizing alternative energy sources like wind and solar systems is vital to mitigating water consumption enough to stave off the crisis. “Unsubsidized wind power costs… are currently lower than coal or nuclear and they are continuing to drop,” the report states.

The report also states that during the Texas drought of 2011 wind power saved the day from rolling blackouts, well being honest, when the wind turbines did actually provide intermittent power then no water was consumed, but according to the University of Texas:

AUSTIN, Texas — Water SavingsA new study finds that in Texas, the U.S. state that annually generates the most electricity, using natural gas for electricity generation is saving water and making the state less vulnerable to drought.

Even though exploration for natural gas requires significant water consumption in Texas, the new consumption is easily offset by the overall water efficiencies of electricity generation from natural gas. The researchers estimate that water saved by shifting a power plant from coal to natural gas is 25 to 50 times as great as the amount of water used in hydraulic fracturing to extract the natural gas. Natural gas also enhances drought resilience by providing so-called peaking plants to complement increasing wind generation, which doesn’t consume water.

As usual it was fossil fuels that saved the day, not the intermittent wind and solar that serve no purpose other than to be expensive monuments to Green folly and crony capitalism.