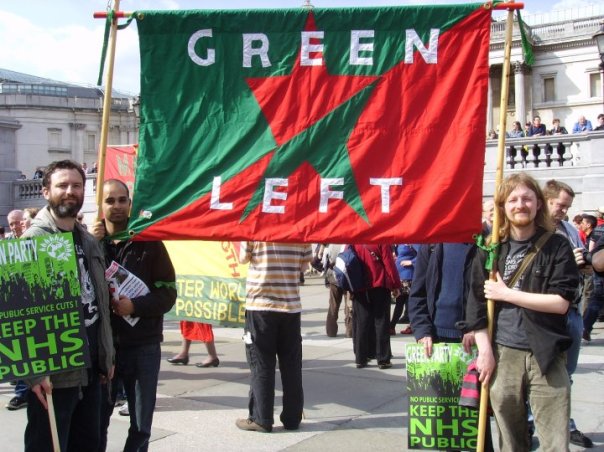 After years of being told, contrary to all the available evidence, that Climate Alarmism was embraced by all political spectruns, the UK Guardian now admits that the right have a problem with it.

The repeal last week of Australia’s ill conceived Carbon Tax has had the Big Green propaganda machine running around in circles trying to perform a damage limitation exercise.

The warming alarmists, Green rent seekers and crony capitalists know there is more bad news coming for their sacred Emissions Trading Systems (ETS) and Carbon taxes, New Zealand is likely to dump its ETS, one of oldest ETS in the world. South Korea is also getting cold feet about its ETS with the deputy Prime Minister Choi Kyung-hwan saying his country’s ETS was “flawed in many ways“.

The warming alarmist industry have always maintained that the irrational fear of CO2 was embraced by all political spectrums, though as time has gone by this particular Green Lie, like so many other Green lies that have come before and after it, has been shown to be just that, a lie.

The UK Guardian in a strong piece of wish projection journalism, by Gaia’s representative on Planet Earth, Damian “Head of Environment” Carrington now admit that the right have a problem with Anthropogenic Global Warming.

Writing about Owen Paterson’s departure from the UK Government, and the subsequent interview Paterson gave to the Daily Telegraph Carrington really the describes the worsening problems awaiting the Greens belief systems:

When the foundation of your world view is crumbling under the weight of inconvenient truths, you can do one of two things: revise your world view or descend into paranoia.

The problem is that every government and science academy on the planet agree that climate change is a dangerous problem caused by fossil fuel burning and that emissions must be slashed quickly. Given the choice between accepting this reality and the socialist masterplan that Paterson and his ilk believe is inextricably tied to it, they opt for the less torturous mental path of denial.

Every government and science academy? Really?

So Australia has not dumped its Carbon Tax?

Canada has not walked away from Kyoto II?

Poland, Russia, Japan, India, Brazil the list of countries that will not commit economic suicide with UN Agenda 21 is growing, but when your science is based on consensus, and not observed empirical evidence, then every no longer means, all, it really means a few. Though in a rare moment of Green success Afghanistan has signed up for Kyoto II.

In this parallel universe, Paterson can praise prime ministers Tony Abbott in Australia and Stephen Harper in Canada for their courage in tackling the green conspiracy.

The secret of lying Damian is to be consistent and tell the same story, in one paragraph you say every government, then two paragraphs later you show that at least two governments do not agree, makes a bit of a mockery of every don’t you think?

Then there the endless stream of death threats that Paterson received:

I soon realized that the greens and their industrial and bureaucratic allies are used to getting things their own way. I received more death threats in a few months at Defra than I ever did as secretary of state for Northern Ireland. My home address was circulated worldwide with an incitement to trash it; I was burnt in effigy by Greenpeace as I was recovering from an operation to save my eyesight.

Greenpeace have a history of making violent threats to those that stand in the way of the Green Dream, back in 2010 there was Gene for India who embarrassed Greenpeace with his “We know where you live” post on their web site.